Chandigarh: Claiming and getting armed police personnel in the guise of a security threat may have become a fad with VIPs and influential people but the Punjab and Haryana High Court has now frowned upon “outsiders” from Punjab being endowed with this privilege. 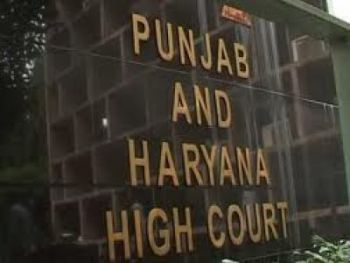 The high court has directed the Punjab government to withdraw the Punjab Police security cover provided to so-called VIPs outside the state. The beneficiaries, including VIPs and influential people, stand to lose out their security cover in the next few days with the high court seeking a compliance report within four weeks.

The high court direction came on a public suit filed by lawyer H.C. Arora. The court said the Punjab government could not permanently deploy its police personnel outside the state to guard certain people who didn’t live within the state.

The union home ministry, in an affidavit filed in the high court, made it clear that security had to be provided by the state where the protectee resides. Security from another state cannot remain in a different state for more than three days, as per rules, the affidavit said.

The maximum number of armed police personnel from other states in Delhi are from Punjab, Haryana and Uttar Pradesh – the three states that surround the national capital.

The controversy about misuse of police security erupted after the Nov 17, 2012, shootout at a Delhi country villa of billionaire liquor baron Ponty Chadha and his brother Hardeep in which both were killed. Punjab Police armed security was provided to Ponty Chadha and Hardeep without their holding any official position in the state. At least eight armed security personnel were provided to the Chadha brothers, mainly owing to their proximity to politicians in Punjab.

Punjab Deputy Chief Minister Sukhbir Singh Badal, who is also the state home minister, earlier this year cut down the number of security personnel provided to VIPs and other influential people. The security cover of the Chadha brothers was, however, not reduced.

Following the latest high court order, self-imporant grandees from outside Punjab will have to make other arrangements for securing themselves.