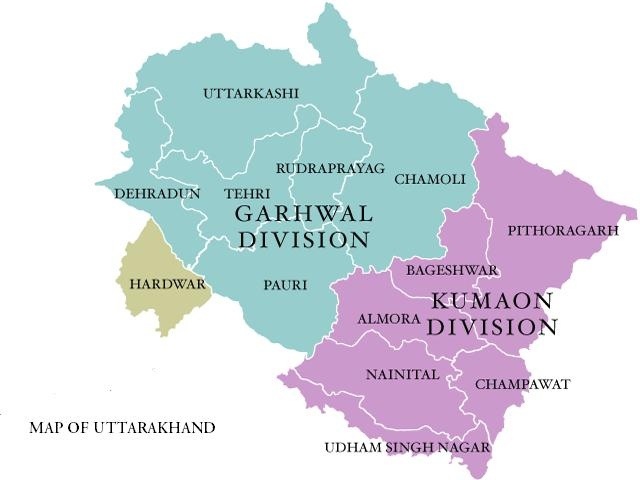 Dehra Dun : The recent devastation in the Kedarnath valley following the June 16 floods, followed by incessant rains and landslides and landslips cutting off villages and then reports that a moraine lake had formed along the Alaknanda above the Badrinath srhine, which if burst could cause devastation in the Badrinath valley have sent shivers among the people of Uttarakhand.

And for the Bahuguna-led government in this tiny hill state, which is already battling the problem of migration from the villages in the Garhwal hills to the plains, the matter is only going to aggravate.

As soon as the rains stop and connectivity to the villages is restored, even partially there is going to be a literal exodus for safer areas in the lower hills or plains of the state.

Migration has been one of the many banes of the state and there are numerous villages where almost all the youth and men have migrated to the towns in the plains or other states in search of livelihood and jobs.

In fact there are quite a few villages, where there are not even four healthy people to lift a bier, should there be a death in the village.

It is mostly the women folk who have been left behind to tend to the fields and the cattle and they are supported by a money order economy, as their men folk send them money from where they work.

One will recall that migration and need for jobs and uplifting the rural economy in the interior hinterlands was a major cause for the Uttarakhand agitation.

Sadly no government has worked in this direction and the situation over the years has only gone from bad to worse.

While Uttarakhand may have been made and the politicians and bureaucrats are ruling the roost in a state where corruption has become the mainstay of the ‘babudom’, the welfare and needs of the people are the last on the mind of the state government.

And if earlier it was higher education, jobs and employment that were the major causes of migration, the mass erosion of the land where the villages are located and the fact that they could be wiped out due to landslides and landslips caused by incessant rains and flash floods is the major reason today. Sadly the state government is not even thinking in terms of relocating these villages.

In the past 435 villages had been identified as sensitive, which needed to be relocated but no one bothered even after Uttarakhand came into existence.

Their number after the June 16 floods and devastation in the Kedarnath valley has risen tremendously.

As far as the people of these villages, who are just waiting for connectivity to be restored before they take their next decision, the past scenario of the state is only frustrating. After the massive destruction in the earthquake that hit Uttarkashi in 1991, the devastated villages are yet looking to be relocated and the people rehabilitated.

When even after 20 years of the earthquake and about 13 years that Uttarakhand came into existence, when it was felt that in a small state the voice of the people will be better heard, nothing happened, there is not much hope for the people living in the thousands of villages that have now become sensitive.

Like the previous files recommending the rehabilitation and relocation of the over 400 villagers have been gathering dust in the corridors of power and sent to the archives, the latest reports that are now filtering in and narrating the sad state of affairs of thousands of villages in the Garhwal hills, it is feared too will gather dust and politicians make a mockery of the lives of the people.