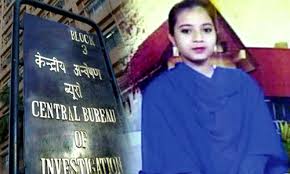 The Ishrat Jahan staged shootout in Gujarat is a unique episode in the annals of Indian policing since it has led to the filing of charge-sheets against as many as seven senior policemen. Of them, three are Indian Police Service (IPS) officers who represent the highest level of the force.

Another exceptional feature of the case is that an officer of the rank of additional director general of police, who is named in the charge-sheet, is absconding. Probes are also on by the Central Bureau of Investigation (CBI) against three Intelligence Bureau (IB) officers, including a special director, thereby pitting, for the first
time, the CBI against the IB.

The charges against the accused – abduction, wrongful confinement, criminal conspiracy and cold-blooded murder – tend to confirm the views of Justice A.N. Mulla of the Allahabad High Court in 1955 that the police are the biggest “organized” band of “goondas” (hoodlums) in the country.

What is curious about the indictment of these men by the CBI before the Supreme Court is that although the police have a long record of staging what are called fake encounters, this is the first time that so many top officers have been caught.

The reason why these “guardians” of the law have fallen foul of the legal system is the surcharged political background of the killing of 19-year-old Ishrat and her three male companions in Gujarat in June 2004. The fact that the “official” murders took place two years after the infamous riots in the state, and in the wake of allegations that Islamic terrorists were targeting Chief Minister Narendra Modi, have given the deaths their high importance.

Otherwise, they might have faded from public memory, as have the cremations of more than 2,000 “unidentified” and “unclaimed” bodies in Punjab during the Khalistani uprising in the 1980s; or the staged shootouts which are believed to have led to the “crushing” of the Naxalite (Maoist) movement in West Bengal a decade earlier; or the 369 such cases noted by the National Human Rights Commission between 2008-09 and June 2011; or the killing of Maoist leader Cherukuri Rajkumar aka “Azad” in 2011 who was believed to be on a peace mission; or the death, 40 years earlier, of prominent Naxalite leader Saroj Datta, which was said to have been witnessed by the Bengali matinee idol, Uttam Kumar, during his morning walk in the Calcutta (Kolkata) maidan.

The major difference, however, between the Ishrat Jahan case and the others is that there was an element of political consensus behind the killings which took place in Punjab and West Bengal whereas there is a wide gulf between the Congress and the Bharatiya Janata Party (BJP) on the Gujarat incident.

In both Punjab and West Bengal, the belief was that the recourse to extra-judicial killings was unavoidable since the security forces were battling a group of ruthless insurgents. The BJP has tried to present the Gujarat encounter in the same light by portraying Ishrat as a Lashkar-e-Toiba operative. However, since the CBI hasn’t endorsed this label, the BJP has been accusing it of being influenced by the Congress government at the centre.

But none of this would have attracted so much attention if the sub-text of the episode was that the IPS officers and other senior police personnel would not have engaged in such patent illegalities but for the backing of the ruling politicians in Gujarat.

Considering that Modi has been facing the charge of having asked the police to turn a blind eye to the riotous saffron mobs in 2002, it is but one further step to link him and his Man Friday, Amit Shah, who was home minister in the state at the time, to the shootout.

Like the cases on the riots, notably the Gulbarga Society massacre, it will take years for any final judicial conclusion to be reached on the Ishrat episode as well as another similar case, the Sheikh Sohrabuddin fake shootout. But their political fallout will continue to haunt the main actors for now and in the foreseeable future.

While the BJP will be on the defensive despite putting on a brave face, the Congress will bank on the innuendos and scraps of information which will emerge from the charge-sheets and the court proceedings to target its principal opponent.

However, even as the politicians engage in their customary battles, the only salutary effect of the rather sordid affair may well be the warning to the police establishment about the dangers of blind obedience of the political masters. Till now, very few senior police officials have faced the consequences of their purportedly illegal acts.

One exception was Ajit Singh Sandhu, a recipient of the president’s gallantry award, who committed suicide following allegations that he might have had a hand in the “disappearance” of human rights activist Jaswant Singh Khalra, who first brought the incidents of mass cremations in Punjab to light.

But the arraignment of a number of senior officers may well arouse a new respect for constitutional norms in the police force.