New Delhi: About 30 percent of Lok Sabha MPs and 17 percent of Rajya Sabha MPs have criminal cases against them, with Shiv Sena members topping the list, a report released here today disclosed.

The joint report by the Association for Democratic Reforms (ADR) and the National Election Watch (NEW) was based on affidavits filed by candidates during elections since 2004. 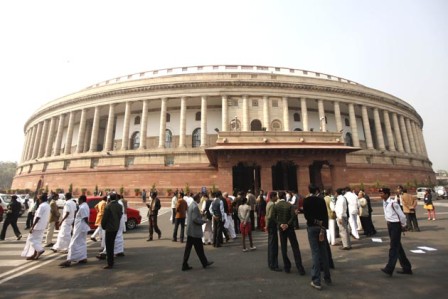 A total of 8,790 affidavits filed by MPs and state legislators were analysed.

The report found that 162 (30 percent) of the 543 present Lok Sabha membres face “criminal cases” and 76 others (14 percent) “serious criminal cases”.

Seventy-five percent of the offending MPs and state legislators were elected on Shiv Sena ticket since 2004. This was followed by Lalu Prasad’s Rashtriya Janata Dal (46 percent).

The Congress and Bharatiya Janata Party account for 22 percent and 31 percent of MPs and state legislators mired in criminal cases.