Shimla: It once connected Rampur, the seat of the erstwhile princely state of Bushair which was a major entrepot, to the Tibet border. Over the years it fell into disuse and was abandoned. Now the Hindustan-Tibet road, first laid by the British India in the 19th century to connect with Tibet for trade through Shipki-La border post on the India-China border, is to be revived to serve as a reliable alternate to National Highway-22 and boost the local economy. 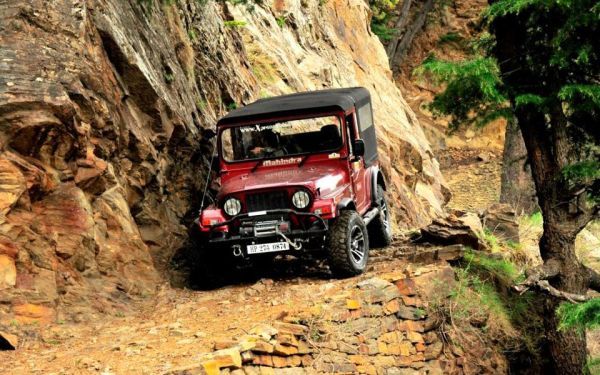 “The reconstruction of the Hindustan-Tibet road will be a better alternative as its strata is more stable,” Chief Minister Virbhadra Singh told.

He said his government would take up the matter with the central government for adequate funding for revival and relaying of the Hindustan-Tibet road, which was laid so scientifically that it was hardly swept away by the floods.

“We will try to make it at least jeep (SUV)-worthy. Later, it will be strengthened. It will not only ensure an alternative road link but also boost local economy,” the chief minister added.

The treacherous highway, which connects the trans-Himalayan Buddhist area of Kinnaur and neighbouring Spiti to the rest of Himachal Pradesh, travels largely parallel to the mighty flood-prone Satluj river in Kinnaur district. It remains disrupted between a 100-km stretch from Wangtoo and Khab at one point or another owing to flooding in the river.

The decision on re-laying the Hindustan-Tibet road is significant as it will come as another lifeline for scores of villages, dotted with apple orchards, which otherwise remain cut off owing to the snapping of the highway.

Under the plan, the Hindustan-Tibet road will be revived with its slight realignment to have the minimum river crisscrossing.

The 40-km new road, which will be aligned along the Hindustan-Tibet road, will bifurcate from the existing highway after the Wangtu bridge and pass through Karcham, Peo, Pangi, Thopan , Rarang and Kirang Khad on the right bank before rejoining it.

The highway ends at Sumdoh in Spiti subdivision, 330 km from here and close to the Chinese border.

Incessant rainfall in the region June 16-18 triggered massive landslides that blocked most of the roads in the remote Kinnaur region.

Officials of the Border Roads Organisation (BRO), an inter-services organization under the defence ministry which maintains the highway beyond Wangtoo, said the heavy rain and flash floods had badly damaged the highway across Kinnaur.

Many breaches have occurred on National Highway-22 between Wangtoo and Powari, Brig S.K. Kataria, chief engineer of BRO’s Project Deepak, told the chief minister soon after the calamity.

He said landslides affecting approximately seven kilometres of road length occurred in Kasang and Akpa and about 30 breaches – totalling about 1.5 km – have damaged the roads.

The highway beyond Rekong Peo, the district headquarters some 250 km from Shimla, is still closed to traffic, said government officials.

In flash floods in August 2000, National Highway-22 was badly hit and a vast stretch totalling about 20 km was completely washed away. It took more than a year to restore traffic on the highway.

Members of the hospitality industry say the partial reconstruction of the Hindustan-Tibet Road would also help boost the tourism industry.

The trans-Himalayan Buddhist area has a treasure trove of monasteries.

Tourists on this circuit start coming by July-end and depart with the onset of winter. Opened to foreigners in 1992, the circuit has, however, failed to get a good response due to lack of infrastructure and frequent disruptions on the highway.

The bumpy and uncomfortable drive on National Highway-22 is a motorist’s nightmare.

Ramesh Sood, a Shimla-based travel agent, said the national highway near the Malling nullah in Kinnaur is prone to landslides.

He said the tourists prefer to take the Manali route for the Buddhist circuit instead of going from Shimla.

Himachal Pradesh attracts globetrotters from throughout the world, especially from Israel, Germany, Britain and several other European countries, not only for nature-based activities but also for exploring historic and ancient monasteries.