New Delhi: The Indian government has decided to create a network of 15 state-of-the-art Doppler radars across the entire Himalayan range to improve forecasting in a region that witnesses extreme weather conditions like last month’s torrential downpour that induced flash floods in Uttarakhand. 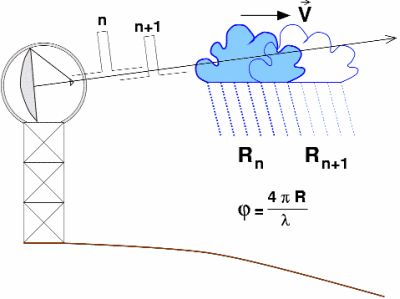 This will be in addition to the

14 Dopplers that are currently deployed across the country.

The Himalayan region spans 10 states and covers over 16 percent of the country’s geographical area, which is prone to heavy rains, flash floods, cloudbursts and landslides, leading to loss of life and economic damage.

The Ministry of Earth Sciences, which is spearheading the project, has decided to increase the Doppler network in northern India from the current four to 12 in the next three years.

“We will place three Doppler radars in Uttarakhand, while a total of 15 will be placed in the 12th Five Year Plan (2012-17) period,” Shailesh Nayak, secretary in the ministry, told.

Doppler radars are capable of predicting severe thunderstorms and enabling warnings to be quickly issued. They are also capable of generating accurate data on wind changes and rain clouds.

“We hope to acquire and put them in the next two-three years. The Doppler radar will help in improving the forecast of extreme weather conditions in future,” Nayak said.

The India Meteorological Department (IMD) had warned of rains in the Uttarakhand region, but state Chief Minister Vijay Bahuguna has said “routine information” that was not “specific” and “actionable” had been received.

Incessant rains in Uttarakhand for over three days from June 14 triggered flashfloods and landslides leading to hundreds of deaths. Over 100,000 people were evacuated in a major rescue operations by different agenicies, including the Indian Army and the Indian Air Force.

Doppler radars capable of weather surveillance in a 400-km radius have already been deployed at Lucknow, Jaipur, Patiala and Delhi in northern India. The radar was installed in the national capital during the 2010 Commonwealth Games for weather forecasts.

Nayak said the focus is now on Uttarakhand, Jammu and Kashmir and Himachal Pradesh, where eight Dopplers will be deployed.

In Uttarakhand, the radars are expected to be placed in the Dehradun, Nainital and Joshimath areas.

Seven Dopplers are slated for the northeastern region and will be deployed according to the requirements of the states, Nayak added.

He explained that existing radars and systems put in place by other agencies, including the Indian Space Research Organisation (ISRO), would also be taken into account to properly create a network across the entire Himalayan region spread across Jammu and Kashmir, Himachal Pradesh, Uttarakhand, Sikkim, Arunachal Pradesh, Meghalaya, Nagaland, Manipur, Mizoram, Tripura, and the hill regions of Assam and West Bengal..

“The cost of the Doppler radar may vary depending on the specifications and customization as per the needs of specific states,” Nayak said.

The IMD has already started upgrading and augmenting its conventional radar systems with Dopplers in a phased manner.