The raging debate all over the media is the question of development in the Himalayas. How should it be done? In this context, I dare say voices from the mountain people are weak and sometimes muted, and perhaps have been so for centuries. 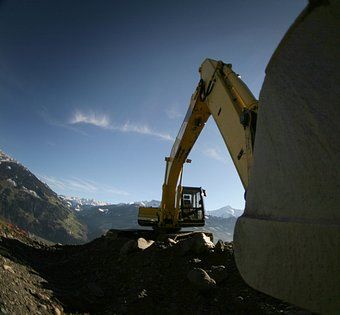 The Indian Mountain Initiative (IMI) was formed as a loose federation of institutions and people interested in, and from the mountains, precisely to fathom out the issues flagged by Murli Manohar Joshi in his interview to a news agency. IMI advocates on the development paradigms and public policies adopted by the central and state governments on issues relating to the mountains.

IMI’s flagship programme is to organise summits to discuss key mountain issues over a couple of days every year. One of the key ways of getting people from the mountains together is through these summits. Thematic and structured discussions happen. Side events for other interesting issues to be discussed also happen.

The first summit to discuss important mountain development issues was held in May 2011 at Nainital in Uttarakhand. The second one was held in May 2012 in Gangtok, Sikkim. In this summit, representatives came from all the mountain and hill states, including Darjeeling district. The third will be held in Kohima, Nagaland, in September this year. And definitely the disaster in Uttarakhand, which has taken a humongous human toll, will cast its shadow on the deliberations there. We are sure that the cross-cutting theme will be sensible and responsible development paradigms in the mountain areas.

In the Sikkim summit, a discourse with parliamentarians and state legislators also happened. This was to discuss to understand legislation around climate change. Why is it needed?

There are those who feel that the mountains have to be left as they are. They are life giving. But the question is for whom? People in the mountains have equal, if not more, aspirations to attain full realisation of their human potential through development paradigms ushered in by the 19th and 20th century changes in modernity. This aspect must be kept in mind when we consider development challenges.

For centuries, these mountains have been revered. Hence the human torrent that goes up year after year to scale the mountains to reach the holy of holy shrines and places of worship. To go and get the ‘darshan’ has led to increasing human activity. The greed to give service to these visitors without a thought for safety has been one of the factors for the toll.

These have been, at best, ad hoc arrangements carved out over the years without any thought as to how to make the passage easier and with a mind for the “carrying capacity” of the area.

Carrying capacity is very much a factor in determining development anywhere. But more so in the fragile mountain areas where we do need to be mindful of the many issues that plague mountain development. Take for instance that we cannot build a six-lane highway by carving it out of the mountains. The Himalayas are also a young mountain and prone to landslides. Earthquakes are a norm. Small tremors are felt all the time. Uttarkashi, North Sikkim and Meghalaya have witnessed severe earthquakes in the recent past. All these add to the challenges of development. Transportation is a major issue, whether for carrying man or machine or, for that matter, food and other necessities.

Cut and paste development will always be out of place. But that is precisely what has happened over the decades of planning.

Hence, in 2011 one of the outcomes was to get the Planning Commission to put together a working group on the mountains whilst the formulation of the 12th Five Year Plan (2012-17) was still on. With pressure from several quarters, this was done. However, how much of the group’s findings will be reflected directly into plans for the mountain states is another matter. But the process of public policy being directed by thought about development of mountain states has started. IMI prides itself in having made this lasting achievement in institutionalizing this process at the Planning Commission level.

This discourse must continue and IMI is on that path. Indeed the vision of IMI says it all – to make every Indian proud of India’s mountains.

At Kohima, therefore, some more discussion will perhaps happen around cities in mountains as well. How do we now plan the cities, as they will be housing the greatest number of people in time to come? Less and less people will be able to live in distant rural locations. This is already predicted. So now we need to worry about how cities in mountains will be able to cope. Otherwise we will again see a widespread disaster in the making or uninhabitable cities under construction.

The pressures of population are indeed upon us. We can cope with better planning and regulation that is well administered. That is the inference. Hence the search for more say for the people from the mountains in public policy formulation and development is as important as the food security bill.

Every time a disaster happens, it is a wake-up call. We should have been fully awake by the time disaster struck in the Mandakini valley of Uttarakhad.

by PD Rai. The author is a member of the Lok Sabha from the Sikkim Democratic Party, is a founder member of the IMI and its convener.