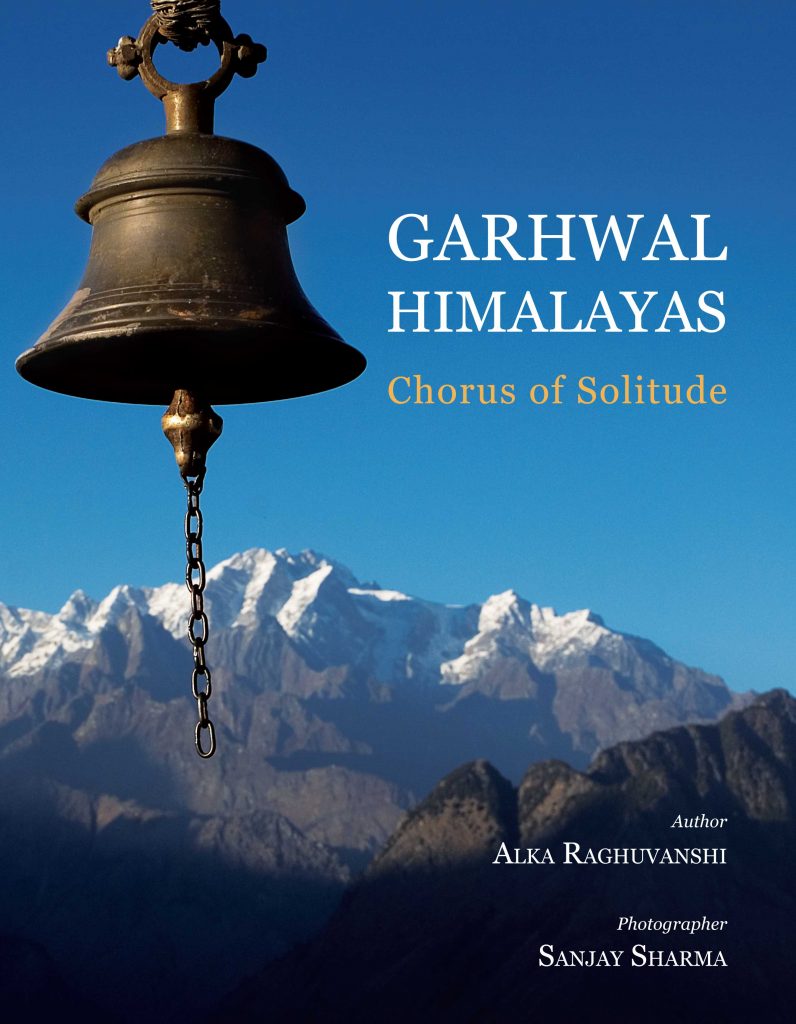 New Delhi: The inaccessibility of Uttrakhand’s Garhwal Himalayas helps in preserving its mystic beauty, says artist-author Alka Raghuvanshi, who in her book has captured the region’s varied hues before it was hit by the last month’s deluge.

“It took six years from the moment I put my pen to paper to write about the region. But a couple of days before the book was ready to see the light of the day, the place was reeling under total destruction,” said Raghuvanshi, author of the “Garhwal Himalayas – Chorus of Solitude.”

Describing Garhwal Himalayas as an unforgiving terrain, Raghuvanshi said the region was still untapped because of the problem of accessibility. “One careless move and things can be dangerous,” the author said.

She, along with photographer Sanjay Sharma has captured myths, legends and tales from the region in the book published by Shubhi Publications.

“I went through a lot of angst while deciding on the release of the book. But I am glad I did, for it is the last documentation of the area which will never be the same again. But the myths, legacy and tradition of the region will live on,” she added.

Recollecting how Sharma had to make endless visits to photograph the region’s beauty in different seasons for the book, she said: “He waded through mountain streams and trudged through knee-deep snow in inclement weather for long hours to click vistas not seen before.”

“There were times I would get exasperated with him for doing the drill so many times. But he was undeterred and the results are for all to see,” she said.