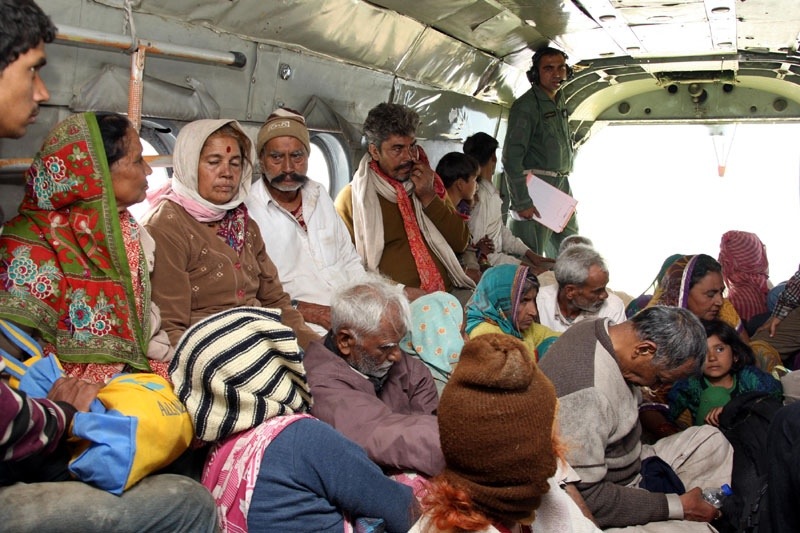 Dehradun : There is a virtual stream of people at the Jollygrant airport here, with photographs of their near and dears, who have yet to be located in the chaar dham yatra, who close in as a helicopter bringing in those being rescues touches down.

As they look hopefully at the survivors who alight from the choppers, their next move is to show the photographs to those who have alighted, if they have seen their near ones anywhere during the ordeal that has now entered the ninth day today.

And when the day sets in, they move on to Haridwar and Rishikesh railway stations asking the survivors there the same questions. Most have so far been disappointed.

Even as the state government authorities claim that about 80,000 people have been rescued from the chaar dham yatra route and from Kedarnath, Badrinath and other places, the fact of the situation remains that about 15,000 to 20,000 people are still awaiting evacuation, and one does not know in what mental and physical state they are in.

Official sources here confirmed that in the absence of any foolproof information, the authorities are working on ‘guesstimates’. There is no official record of how many people were in the chaar dham yatra when the tragedy struck and all we have a are figures of those who have been evacuated by helicopters.

How many have managed to come out by road with the help of the army and para-military forces is not officially recorded, but arrivals at Rishikesh, Dehra Dun, Haridwar are being taken into account, they maintained.

Asserting that no doubt it was the worst ever tragedy to have struck this small mountain state, and the rescue and relief operations were of mammoth proportions, they said that even the army and IAF authorities had perhaps never taken such a big exercise of rescue and relief in such difficult topography and terrain.

They said that as of now most of the pilgrims are stranded at Badrinath, while there are are reports of some being stranded at various other places.

“But most of those who are stranded at various other places are those who are sick or injured and their immediate family members not wanting ti leave them. The army is now undertaking operations to bring these people by carrying them till the roadheads, so that they can be transported by road or airlifted”, they added.

However, with the weather taking a run for the worse, rescue and relief operations had been adversely hit. Helicopter flights had either to be stopped or they were delayed for hours, adding to the misery of those who have been bearing the pains of the natural disaster for nine days.

The rains have also brought about fresh threats of landslides and landslips, which could injure or kill some of thos who are stranded at crucial places.

With the met department forecast that there could be moderate to heavy rains in most of the affected areas of Uttarakhad till June 28, with possibility of cloudburst at one or two places has only put the state machinery in an alert situation.

Messages have been sent out to the officials at the district level to ensure that the stranded pilgrims are moved to safer places.

Meanwhile, in the absence of any figures, the state government is at a loss to place the number of casualties involved. 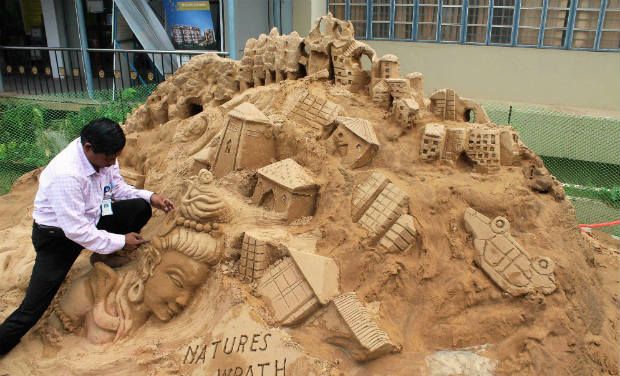 While chief minister Vijay Bahuguna said that it could be about 1000, and that the real figure would only be known after the bodies are removed from the debris or they start floating in the rivers of the state, some of his ministerial colleagues are outing the death toll at about 5000.

There are reports from Kedarnath that there are about 500 bodies littered all over with about over 120 being within the temple.

However, reports say that there could be more bodies buried under the debris, which will take months to be removed. What will be the condition of the bodies by then is any body’s guess.

There is virtual chaos and panic at the state headquarters here, as officials are trying to maintain their cold under the onslaught of enquiries from thousands of people during the day.

With no system in place, the focus is on getting the pilgrims out to safety and they are then left to fend on their own. Many without money and clothes are banking on support from the locals who are rising to the occasion.

In a few cases some of those who have returned are not willing to go ahead to their destinations, as they are keen to stay back and wait for their missing kin, in the hope that perhaps they are alive and will be rescued.

In the meantime, drawing flak from various quarters, particularly the BJP for his absence during such a gruesome tragedy, Congress crown prince Rahul Gandhi also reached Dehra Dun to enquire of the relief and rescue operations and what more could be done to make them more purpose and meaningful.

But in this hour of crisis, the people of Uttarakhand, specially the villagers have shown the local culture of going all out to help the needy.

Reports pouring in from the stranded pilgrims reveal how the villagers, despite having limited ration on their own have not hesitated in feeding hundreds of stranded yatris.

Concerned that the next of the kin who may have died in this worst ever tragedy, may be worried about performing the last rites, the Uttarakhand government has decided to hold a ‘mahayagya’ on the 13th day of the incident, in which prayers will be offered for the peace of the departed souls. The ‘mahayagya’ will be held in the holy city of Haridwar.