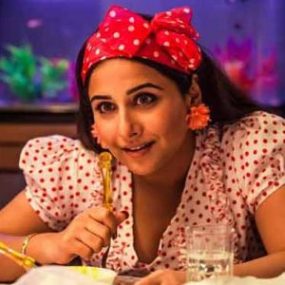 Vidya will host at least three such kitty parties in cities like Chandigarh, Delhi and Lucknow.

Director Rajkumar Gupta says the idea for such an activity emerged after he overheard a conversation between a few ladies sitting in a kitty party.

“We came up with the idea when Vidya and I overheard a conversation that a bunch of women were having during a kitty party. They were discussing their marriage, how lazy their partners could be and they were sometimes forgetful also.

“We immediately knew that we wanted to throw these parties and talk to the women about their lazy lads,” Gupta said in a statement.