Shimla: Downsized over the years, the Shimla summer festival that gets underway from the evening will have Punjabi Bhangra pop star Daler Mehandi as the main attraction perform on the concluding day (5 June) at the historic The Ridge  here.

Deputy commissioner Dinesh Malhotra, who is also the chief organizer of the cultural program, said that all preparations for Shimla Summer Festival 2013 were complete and the residents and tourists could look forward to nice evening performances on The Ridge.

To curtail the late night shows and the associated noise with it, the administration has decided to end the programs by 10 p.m. It is for the first time the organizers are putting a time limit to the entertainment evenings. 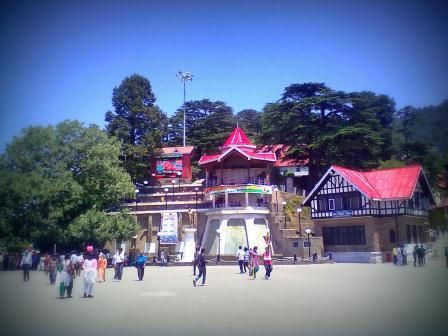 Taking time out from campaigning for his wife Pratibha Singh for the Mandi Lok Sabha seat, chief minister Virbhadra Singh is scheduled to inaugurate the festival today and Governor Urmila Singh would be the guest of honour for the concluding evening on 5 June.

Besides Daler Mehandi local singers Vicki Chauhan, Kuldeep Sharma, Kritika and Aishwrya are also scheduled to perform during the festival. Traditional dances performances of Himachal, Uttar Pradesh and Rajsthan will also be part of the festival.

Parking arrangements have been made but there would be no parking allowed in restricted and sealed road said Malhotra. The ridge ground and surrounding area will be under full police custody and every entry gate will be eyed by the CCTV cameras. The local media has been permitted to telecast the event live for audiences at home.

Shimla summer festival has been very popular in the past singers like Mohammed Rafi, LataMangeshkar, Mehandi Hassan, Shreya Ghoshal, Sunidhi Chauhan and several others have performed on stage here.

Previously, he has worked as an intern at Dainik Jagran Ltd.

A young journalist in making, Dharam Prakash loves to blog and writes what he believes in.