New Delhi: Actress Sonali Bendre says it is an uphill task to pick best moments from 100 years of Indian cinema as there is a lot to talk about such as her movies “Zakhm” and “Sarfarosh”, cult classics like “Guide” and her favourite screen diva Madhuri Dixit. 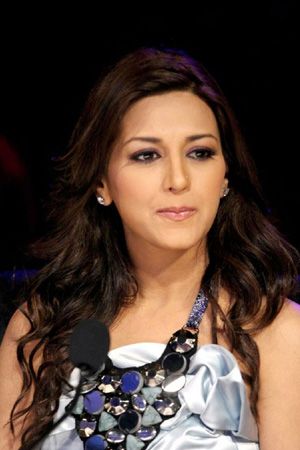 The Indian cinema has turned 100 this year and and the actress said it will be “very difficult to choose a few moments”. “There has been lot of classic, lovely moments in the Indian film industry so far,” added the 38-year-old.

Picking her favourite moments, she started with Mahesh Bhatt’s 1994 directorial venture “Naaraaz” saying: “It was a different kind of acting… for me it was a very different experience.”

Then she recalled her 1998 release “Zakhm” calling it “a really special film and I thought the film was telling the story in it’s own way.”

“Sarfarosh”, in which Sonali teamed up with Aamir Khan and Naseeruddin Shah, was another movie that she found interesting. “It spoke about facts that were real facts and yet it was not as dry as a documentary,” she explained and added that the film was “interesting enough to be a mainstream cinema”.

If “Naaraaz” was about love and friendship, “Zakhm” was closely based on Mahesh Bhatt’s own life and explored the relationship between him and his mother. While action-drama “Sarfarosh” showed a police officer’s fight to stop cross-border terrorism.

Calling the songs “an integral part of our culture and our movies”, Sonali feels some of the songs have been presented well on the screen.

She said: “In ‘Guide’, Waheedaji (Waheeda Rehman) was so fabulous and the way the songs (like ‘Aaj phir jeene ki tamanna’ and ‘Piya tose naina lage re’) were shot was wonderful. Then there is ‘Sholay’, which was aggressive and all macho, but still it was so emotional and touching.”

When asked about her favourite diva in the Indian cinema, she said Madhuri Dixit and added: “I think Madhuri Dixit is a goddess.”