New Delhi: They say faith has the power to move mountains but a group of 100 bikers – which includes a woman – is so moved by the mighty Himalayas that it has taken off on a 2,700 km “Mother of all Rides” that will also see it negotiating Khardungla in the Ladakh region of Jammu and Kashmir, at 18,365 feet the world’s highest motorable pass. 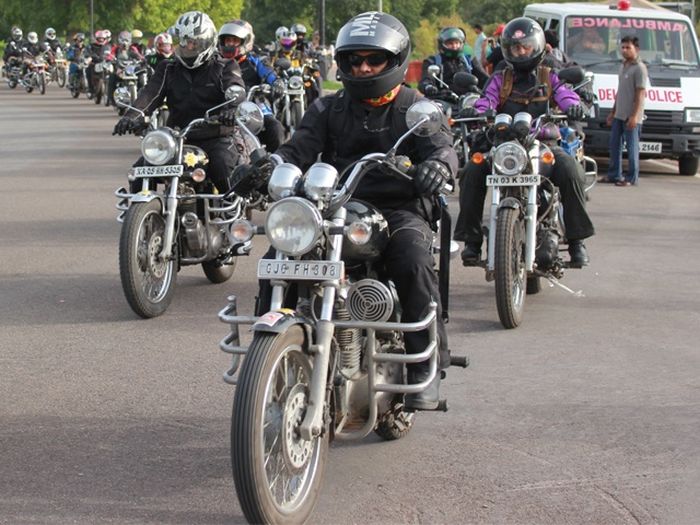 The Himalayan Odyssey is in its 10th edition and has grown from 40 riders on 350cc Royal Enfield motorcycles to the present 100 – from across India – who were flagged off from here Saturday on the 17-day saga that will take the participants through Himachal Pradesh and Jammu and Kashmir.

From the mighty peaks, down to teasing mountain curves and water crossings, the riders will come face to face with some of the most challenging terrain in the world to emerge victorious for the sheer love of motorcycling.

Among the enthusiasts is software engineer Sadesh, 31, who underwent rigorous physical training for six months to prepare for the event.

“It’s a dream come true for me. I heard about this Odyssey in 2011 and ever since I wanted to go to Khardung La. It’s a revered destination for any crazy biker like me,” Sadesh, who came to Delhi from Bangalore to participate in one of the country’s most coveted, albiet nov-competitive, bike rides.

Among the adventurous bikers is a lone woman – Snigdha Chavan – also from Bangalore.

Septuagenarian Harsimran Kohli, a diehard Royal Enfield fan who flagged off the Odyssey, was a tad envious of the riders.

“I want to go there again. I was 50 when I rode up to Khardung La. I still ride an Enfield which is now 33 years old. My first bike-ride was the spirit behind this journey,” said Kohli, who was in the pilot batch of the Odyessy in 1997.

“This journey tests the endurance of man and machine. The Himalayan Odyssey is the ultimate motorcycling adventure that unites the rider with the bike and the terrain to create an experience of a lifetime,” Shaji Koshy, senior vice president of Royal Enfield, told.

Each rider brought his own machine for the Odyssey, besides paying a registration fee of Rs.28,000. The event concludes here July 8.

“People don’t know how thrilling motorbiking in the Himalayas is. It’s the dream of every biker,” said Siddarth Kapil who was also part of the inaugural event. 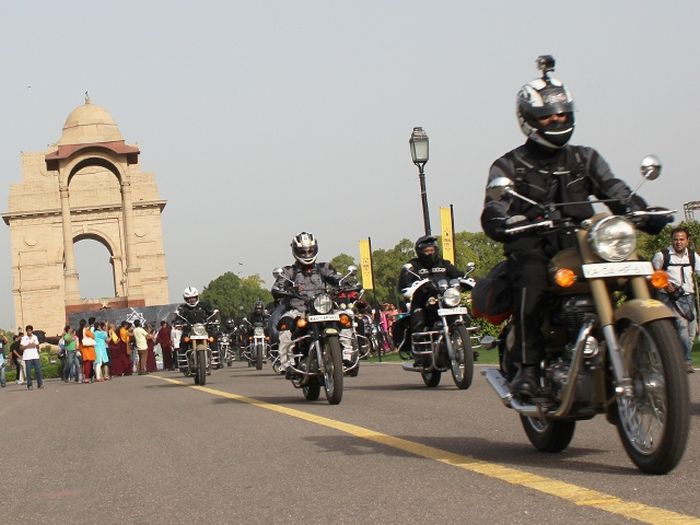 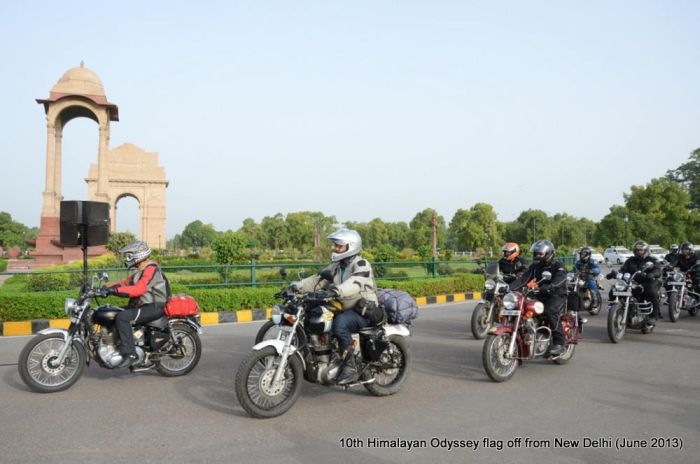