Shimla: Trouble over collections of property tax that Shimla municipality is facing since February 2012 persists even as the civic body is under a severe financial crunch.

With the issue still be hotly debated by city councilors and residents, no property tax has been collected for last one year. Sources say that there are some tax evaders in the city who have not paid theirs tax since 1997. Such accumulated tax arrears are said to have crossed Rs 5 crores. 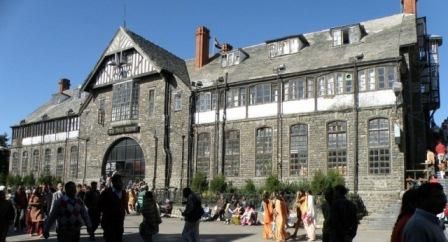 The problem of assessing and collection of property tax started in February 2012 when the then government approved a Unit Area Method for collecting the much needed tax for the civic body. But this government decision was not accepted by the Municipal Corporation and still is being resisted.

With no tax being collected for 2012-2013, about Rs 15 crore of tax amount has become overdue from about 12,000 tax payers in the city, said Tikender Panwar, deputy mayor of Shimla municipal corporation .

“Every year about 15 crore rupees are collected by Municipal Corporation from Property Tax which includes Rs 8 crores as House Tax,” said one official.

The issue was even taken to court but has refused to find a solution.

While the municipality and the government battle it out over tax turfs, the civic body is facing a severe resource crunch in meeting fund needs for improving the infrastructure.