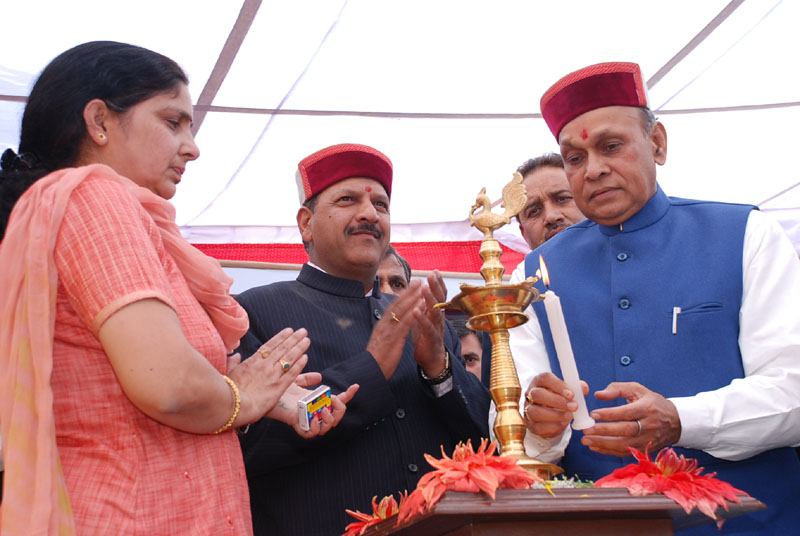 Prof. Prem Kumar Dhumal, Chief Minister informed 2622 Anganwari Centres would be considered as Red Ribbon Clubs in the State. He was addressing the first of its kind Convention of Anganwari Workers and Members of Self Help Groups for empowering women in fight against HIV/AIDS on the occasion of International Women’s Day at Baddi today. He also launched the Awareness Campaign by signing the pledge to make society HIV/AIDS free.

Chief Minister felicitated the women of the State on the International Women’s Day and congratulated the organizers for launching he campaign. He said that cure was yet to be found to check AIDS as there were about 3.32 lakh HIV/AIDS patients in the country while the State had identified 2622 such cases majority of affected being women

Chief Minister released the CD produced by AIDS Control Society in assistance with I&PR Department to create awareness among masses about the disease. He also administered the HIV/AIDS protection pledge to the people.

Dr. Rajiv Bindal, Health Minister welcomed the Chief Minister and appealed all sections of the society especially women to contribute in making the society AIDS free.