Chandigarh: Terming it “aggressive” and “incentive-based”, the Punjab government today unveiled its new industrial policy to facilitate investment in the state. 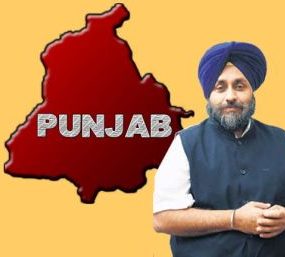 Punjab Deputy Chief Minister Sukhbir Singh Badal gave a detailed presentation today on Fiscal Incentives for Industrial Promotion in Punjab and described it as an “aggressive, incentive-based policy that would change the paradigm of industrial development and facilitate investment in the state”.

Badal said that Punjab has taken a proactive step to facilitate investment in the state by offering maximum incentives, compared to other states.

He said that the new industrial policy focused on incentives, simplifying procedures and facilitation.

Badal claimed that the government would “ensure surplus power, besides 24-hour power to the IT industry, world class infrastructure, regulation free regime and self-attested proposals without any site verification”.

The new policy has been approved by the state cabinet, Badal said.

He said that Punjab needed an incentives-based policy as industrial investment had been taken away by neighbouring states like Himachal Pradesh and Jammu and Kashmir due to tax exemptions offered by them in the past few years.

“Punjab being a landlocked state that had tax haven hilly states as neighbours suffered to attract industry,” he said.

He said that Punjab was divided into two zones for industry with incentives, including VAT (value added tax) and CST (central sales tax) for each zone. The VAT and CST exemptions range from 25 percent to 80 percent.

In addition, these units would have 100 percent exemption in electricity duty, stamp duty and property tax, he added.

Badal said that certain categories of industries will get further incentives and tax exemptions, besides the above.

Promising to revolutionise investment pattern in Punjab, Badal said that he has getting queries from industrial houses for investment in the state.

He said that Punjab would soon hold an investment summit and road shows in different parts of the country to attract investment.

“Punjab is the first state that has simplified the all procedures and documents, ensured transparent workflow, online application and approval, self-attestation of documents, third party certification of building plans, stability and safety etc, and payment gateway for online payments,” Badal said.

He said Punjab is looking for investment in sectors like biosciences, consumer electronics, micro biotech, export promotion units, agro based units and textile sector, that have maximum employment potential.

Industries minister Anil Joshi said that the new industrial policy “was the most comprehensive policy notified by any state of the country” and would give big boost to investment climate in the state.