Shimla: Ghost of alleged illegal recruitments made between December 1993 to Februray 1998 has come back to haunt the Virbhadra Singh led Congress government as he was the chief minister during the said period, for the High Court has sought a status update in the investigations carried out in the criminal case got registered on directions of the court itself. 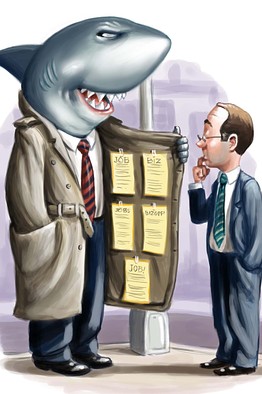 In response to an application moved by SM Katwal, a former chairman of HP Subordinate Services Selection Board alleging that despite registering of a FIR (No 1/2006) at Shimla vigilance police station on directions of the High Court passed on 7th November, 2005, no investigation was being done in the alleged illegal recruitments case, a division bench consisting of Chief Justice AM Khanwilkar  and Justice Kuldip Singh has directed the investigating officer in the said case to be present in court with relevant record on 1st July.

With Katwal also alleging in his application that no progress had been made in the case after the High Court stopped monitoring it after it had disposed of 7/2005 writ petition, the court directed “the state shall keep ready the chart indicating the nature of investigation done, in particular, from November, 2005, for perusal of the court.”

During hearing of the writ petition, the court on 7th November, 2005 had observed, “It is not in dispute that several illegal appointments were mad in various departments of the government.”

The court had recorded that two committee’s headed by then senior bureaucrats, Avay Shukla and Harsh Gupta, who were entrusted with the task of enquiring into recruitments into various government bodies from December 1993 to February 1998 had pointed out irregularities in recruitments in their reports.

The two reports were considered by council of minister at a cabinet meeting held on 27 July, 1999 and a final report compiled by Gupta committee was placed before the cabinet on 7th December, 1999.

Despite finding irregularities in recruitments made, the government of the day decided not to remove the officials from service who had been appointed in violations of the rules.

Judges hearing the petition then had observed “we fail to understand as to what prevented the government to cancel illegal appointments or to take action against the persons who were instrumental in making such appointments. The irregularities and illegalities in regard to the recruitment/appointments were disclosed in the reports of the 2 committees and they being serious in nature having far reaching effects, the government ought to have taken an immediate action so as to bring culprits to task……………….”

The court had then further directed, “In our considered view, since the reports of the two committees revealed commission of cognizable offences, it requires to be thoroughly probed. We, therefore, direct the Vigilance department to register a case and probe the scam thoroughly so as to identify persons who had been instrumental or at whose instance the appointments were made. The investigation shall be entrusted to an Officer not less than the rank of S.P. …”