Srinagar: Although elections to the Jammu and Kashmir assembly are only due towards the end of 2014, the state’s ruling coalition and the main opposition party seem to be readying for these to be held along with the Lok Sabha polls. 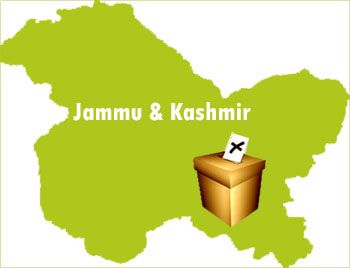 In fact, Urban Development Minister and Congress leader Nawang Rigzin Jora is on record as saying the two elections would be held later this year or early next year.

Sources in both the ruling National Conference (NC) and alliance partner Congress say the latter’s high command favours simultaneous polls, whether the general elections are held in May or earlier, depending on the political situation in the country.

What is the Congress logic for favouring early assembly polls?

Given that it is said off and on that the alliance partners might go their own way for the assembly polls, is it essentially aimed at depriving the NC the flexibility of choosing its future partners?

Or does the Congress high command fear that if the two elections are spaced apart, the NC would get crucial time to choose a new alliance partner – or go solo – for the assembly polls in case the United Progressive Alliance lost power at the centre?

A Congress leader declined to comment on these possibilities but did not disagree that the two elections would be held simultaneously if the Congress high command so desired.

Asked whether the Congress would pull out of the alliance if the NC refused its demand to hold the two elections together, the Congress leader merely smiled and said: “Your guess, not mine.”

One other pointer is that already NC and Congress ministers, as also other leaders, have gone into election mode. Most of the senior NC ministers are these days extensively touring their constituencies in the Valley. This has resulted in visitors calling on the ministers’ offices in the civil secretariat in summer capital Srinagar returning disappointed.

Chief Minister Omar Abdullah has been regularly meeting people during his ‘Awami Mulaqats’ (Meet the people programmes) in Srinagar, where delegations of people from different parts of the state call on him for redressal of their problems.

The NC has 28 members and the Congress 17 in the 87-member assembly. The PDP has 21 members. The Bharatiya Janata Party has 11 seats, the Panthers Party three and the CPI-M one seat. The Peoples Democratic Front and the J&amp;K Democratic Party Nationalist have one seat each while there are four independents.