These days I find myself inclining more and more to the poetic. And therefore, like Wordsworth, my heart leapt up with joy the other day on seeing a photo of our Defense Minister in Ladakh: it was reported that he was near the LAC, but since no one these days has even a clue where the LAC is, he could have been anywhere within two hundred kms of it. The cardiac calisthenics, however, were not due to his GPS coordinates, but the rifle in his hand. Finally, I exulted,an Indian is carrying a weapon on the border with China, even though it took the deaths of twenty of our finest to achieve that. But then, very soon, poetry reasserted itself and I felt, like Shelley, bright reason mocking me like the sun from a wintry sky. Was he, I asked myself, in the buffer zone? If so, then was it the Indian or Chinese buffer zone? If the latter then was it on the Indian or Chinese side of the LAC? Valid questions which Col. Ajai Shukla has answered, as has our Prime Minister, and for once both agree- that the buffer zone is on the Indian side, though as usual the Prime Minister’s Delphic utterances can be interpreted only by Republic TV or Times Now. But then why are the bhakts cheering if the Chinese are on our side of the LAC? I am reminded of the story of Lady Godiva riding side saddle, completely naked, through a Coventry street and the guys on the side of the street exposed to her derriere, screaming: “Hurray for our side!” I guess it all depends on how one is inclined.

Regardless of where our buffer zone lies, however, it is clear that the Indian side of the LAC is one big duffer zone, all the way to Kanyakumari. And this is not something we can blame the Chinese for. It’s all “made in India.” Just look at some of the events that have been playing out these last few weeks, like a C grade Bollywood movie produced by Dawood Ibrahim and directed by Karan Johar. It is an invasion of the asinine.

In which democracy (we will give India the benefit of doubt and call it a democracy) is a Chief Minister prevented from proving his majority in the Assembly? Even the wily Goebbles of the Third Reich fame could not have come up with a better formula than the one perfected in Rajasthan by the BJP and its ancillary institutions: use the courts to prevent the CM from acting against the defectors, and use the Governor to prevent him from proving that the majority are still with him! Heads I win, tails you lose.
The contempt case against Prashant Bhushan is another instance that demonstrates that the law is an ass, no matter how you spell that last word. A three judge bench of the Supreme Court first disregards an earlier judgement of a five judge bench on the powers of the Speaker. It then elevates defection to “dissent”. To add insult to injury, it then pontificates on the importance of dissent in a democracy (and refuses to permit the Speaker of the Rajasthan assembly to act against the defectors). Then why does it frown on Prashant Bhushan’s dissent concerning the SC’s recent judgments or his opinion of certain judges, widely shared by a large percentage of the population? Dissent for the goose should be dissent for the gander- you can’t genuflect to one and have the other for dinner. And then, of course, there is the question of priorities: are the views of Prashant Bhushan on judges (one of them eleven years old!) more important than the challenges to the Citizenship Amendment Act and Electoral bonds, removal of Article 370, dismantling of a state, pending bail and habeas corpus petitions, all of which have been awaiting the court’s pleasure for months? 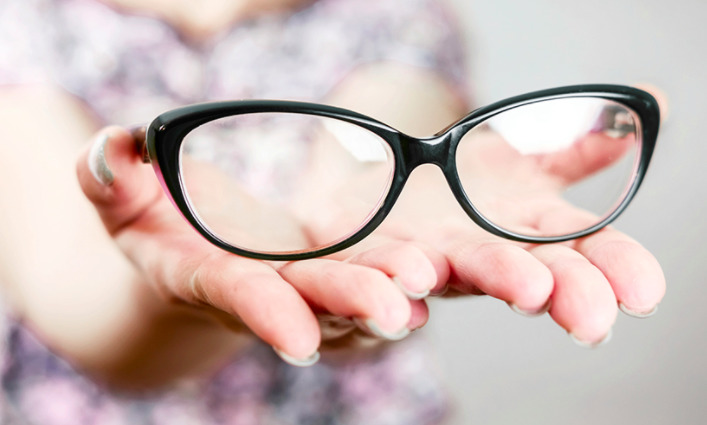 My poetry takes me further. Increasingly over the last couple of years, our judiciary has been reminding us of the truth of what the black American poet, Langston Hughes, said in 1926, viz that “justice is blind.” Finally, however, the Maharashtra govt. has decided to do something about it: its Cabinet has recently sanctioned Rs. 50000/ to every High Court judge to buy spectacles! A far-sighted decision indeed, maybe it will now encourage the honourable judges to take off those blindfolds, have another look at various bail petitions of incarcerated scholars, intellectuals and activists the govt. finds inconvenient, and convince us that all is not dark. Read the writing on the wall, as it were, with the aid of the newly acquired optic devices.

Hallucinating is now the official policy and past time. Its onset was gradual, beginning with ascribing all the present ills of the country to Mr. Nehru, the hosannas to demonetisation and GST, the delusion of a five trillion dollar economy. But then it gathered pace as delusions progressed to full blown neurasthenia and dreams became psychic visions: an opposition mukt Bharat, a declaration that India was the best performing country against the pandemic even as we are overtaking one country after another in number of cases and deaths, repeated assertions that not an inch of land had been occupied by China even as its troops were dining on chopsuey and showing us the finger at Finger 5, that India was the best investment destination in the world even as its own capitalists were making a beeline for Portugal, the Bermudas and Canada.

Our institutions have become totally dufferised, to coin a term. The ICMR has been running around like a confused streptococus ever since the pandemic started, concerned more with the politics than the pathogen. It has decreed that a vaccine will be ready for public use by the 15th August 2020, taking the world by storm and elevating science to an art- the art of fiction and fantasy- causing Chetan Bhagat and Amish Tripathi to have sleepless nights: how could they have missed up on this as an idea for their latest novel? It continues to maintain that there is no community spread of the virus, even as we have crossed 1.50 million cases, with the fastest growth rate in the world. Does it even matter whether it is a community spread or a committee spread or a peanut butter spread?- the fact is that almost a thousand people are dying every day, and the Director of ICMR is patting himself on the back instead of smelling the coffee. Maybe he is confusing ” community spread” with “communal spread”, but even here he would be dead wrong in denying it. ICMR’s own sero- testing shows that herd immunity is developing in some states- how then can you have herd immunity without community spread? It’s time for the ICMR to concentrate on the science and not on the politics of the pandemic.

The CBSE and NCERT have finally lived up to their promise of making India’s largely unemployable students even more unemployable, of ensuring that its much vaunted “demographic dividend” shall be getting no dividends (or jobs) in the foreseeable future. Using COVID-19 as a heaven sent opportunity to promote a particular ideology, it has suddenly decided to lighten the load of students by throwing out everything worth studying! It’s new syllabus has done away with the chapters on secularism, citizenship, nationalism, demonetisation, India’s plurality and diversity, gender, federalism , social movements, relations with the country’s neighbours. Even a half wit cannot fail to notice that the deleted subjects are either anathema to the ruling dispensation or inconvenient issues which it would rather not discuss. And so the next generation will grow up totally oblivious of the very values on which our great republic was founded, they will make better fodder for the abominations which will replace them in the New India.

But it would be unfair of me to single out just a few of our institutions for honourable mention, for the fact is that all of them have become deranged and rogue: the police were “atmanirbhar” long before the Prime Minister’s clarion call, for they need neither the law, nor the courts, nor the press to arrest everyone for sedition, bumping off a few on the way to “justice”; the media will drool over poor Sushant Singh Rajput’s grave rather than find out why the Chinese were allowed to picnic on our land, or report on Amithab Bacchan’s bowel movements in hospital rather than tell us about the floods in Assam. The state of our bureaucracy is well represented by the brazen sycophancy of Mr. Nageshwar Rao, IPS, ex- Director of CBI who , in a tweet just last week, accused the likes of Maulana Abul Kalam Azad and Fakhruddin Ali Ahmed of distorting our history to pander to Islamism. Here is a uniformed, unlettered pygmy whose stature cannot rise to the level of even the bootlaces of Azad and our late President, making a desperate bid for reemployment (he retired on 31st July), displaying his pathetic ignorance of history, of Maulana Azad’s appeal from the Jama Masjid in 1947 to his co-religionists to not got go to Pakistan, for India was “their land”; of his getting the Ramayana and the Mahabharat translated into Persian so that the Islamic world could study our timeless epics. When midgets like Nageshwar Rao start vilifying giants like the Maulana and Fakhruddin Ali Ahmed, with assured impunity (and possibly a fat bone as a reward), you know that the country is doomed.

Other countries evolve for the better, we have been consistently doing it for the worse, and are proud of it.

Which is why the Chinese are not too bothered about Ladakh and the 220 million desh bhakts in the duffer zone. Xi just has to sit on his side of the buffer zone (and our side of the LAC) with his inscrutable smile, and wait for the duffer zone on the other side to collapse under the weight of its own idiocies. He doesn’t have to destroy us- we’ll do it ourselves, thank you. We are atmanirbhar, you see.