Shimla: Passports embedded with microchips, storing biometric and other important data of individuals are expected to be issued in a years’ time as the government has floated international tenders for providing the vital technological chip to enable it to do so.

Talking to reporters Muktesh Pardesi, joint secretary, central passport authority, said few countries around the world had so far issued e-passports, where important data of individuals was stored on micro-chips along with the regular documentation. 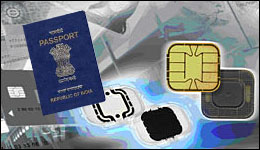 “We are not lagging behind but have put forth our requirements. India Security Press, responsible for ensuring the security measures needed for issuing e-passports, have solicited offers from international chip manufacturers and the home ministry is examining the issue before final selecting the vendor,” said Pardesi.

“In all probability by next year we would be in a position to issue e-passports,” he added.

For treating the citizen with dignity, there has been a fast expansion of providing passports in all parts of the country with opening of 77 new corporate look Passport Sewa Kendra’s, said the government official.

In 2012, passport offices across the country processed 74 lakh service applications and issued 59.15 lakh new passports to fellow citizens. “The demand is only expected to rise and by year end 85 lakh applications are likely to be processed,” said Pardesi.

The highest demand for passports (9 lakhs) is from Kerala followed by Andhra Pradesh (7 Lakhs).

The PSV have been set up in Private Public Partnership (PPP) with Information Technology company TCS as the service provider.

Speaking about the Shimla PSV, he said that from Monday, it had started issuing passport with ghost image replica of the original photo on which name and other important information of the holder was imprinted.