Raipur: Undeterred by the Maoist attack on its leaders, the Congress in Chhattisgarh has decided to resume its parivartan yatra close to the spot in Sukma district where a party convoy was ambushed May 25, a leader said today, adding that party legislators will resign in mass from the legislative assembly to force dissolution of the house. 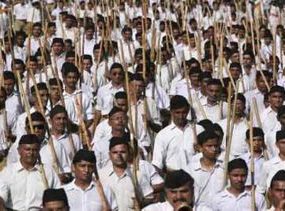 Congress general secretary B.K. Hariprasad said the party has decided to re-launch parivartan yatra from a village close to the site of ambush.

“We have decided to restart the yatra from the place it had to be discontinued. The date of re-launching the yatra will be announced later,” said Congress general secretary B.K. Hariprasad.

The brutal attack killed 28 people. The injured included former union minister Vidya Charan Shukla, who is being treated at a hospital in Gurgaon.

The parivartan yatra was on its way to Keslur in the Bastar region when it came under attack.

Congress treasurer Motilal Vora, who is an MP from Chhattisgarh, said that a decision would be taken soon on appointing a new party chief in the state.

Leader of Opposition in Chhattisgarh assembly Ravindra Choubey said the party legislators had offered to resign.

He said a meeting of party legislators was held here in which it was demanded that the Raman Singh government be dismissed.

“If that does not happen, the MLAs have said that they should be allowed (by the central leadership) to resign en masse…We will not be able to work with the state government,” Choubey said.

He said the MLAs had passed a resolution at the meeting condemning the state government for “failing to provide security” to its leaders.