Chandigarh: After Punjab Chief Minister Parkash Singh Badal criticised the union government for the inadequate hike in the minimum support price (MSP) of paddy and cotton, Haryana Chief Minister Bhupinder Singh Hooda too sought either a higher MSP or a bonus for farmers. 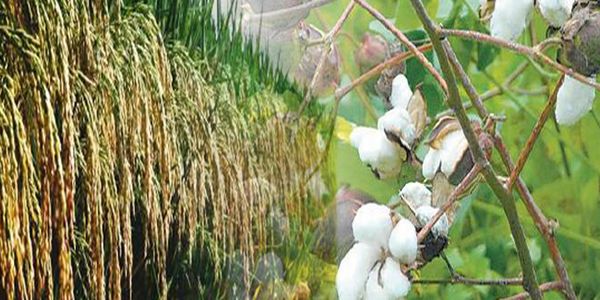 The Haryana chief minister, in the letter, said that keeping in view the larger interest of the farming community, the MSP should be raised, as the cost of cultivation of these crops had increased considerably.

Drawing the prime minister’s attention to the meagre increase in the MSP of paddy by the central government, Hooda said: “The Government of India has enhanced the MSP of paddy by Rs.60 per quintal over last year’s MSP and fixed it at Rs.1,310 per quintal for Kharif marketing season 2013-14. The MSP announced is not adequate to cover even the cost of cultivation of paddy.”

Badal had Friday slammed the central government for the meagre hike in paddy MSP, saying it was playing a cruel joke on the hard-working farmers.

Hooda said the cost of cultivation of paddy in Haryana is Rs.1,757 per quintal and the state had recommended that the centre fix Rs.1,850 per quintal as MSP this year.

“This meagre increase is highly inadequate and will discourage the farming community,” Hooda said.

Punjab and Haryana contribute over 70 percent of the total food grains to the national kitty.

He said the MSP of cotton, maize and bajra should also be enhanced.

“India is giving emphasis on crop diversification in the original green revolution states. The MSP which has been announced by the Government of India for maize at Rs.1,310 per quintal will not encourage the farmers to diversify from paddy and sugarcane crops to maize crop. The cost of cultivation of maize in our state is Rs.1,654 per quintal and the state government had recommended Rs.1,800 per quintal as MSP for maize,” Hooda said in his letter.

He said that for cotton, which is grown on about six lakh hectares in Haryana, the MSP should be at least Rs.4,200 per quintal, against the Rs.3,700 announced by the centre.

“The cost of cultivation of cotton comes to Rs.3,783 per quintal,” Hooda said.