Srinagar: Afghanistan Ambassador to India Shaida Muhammad Abdali today visited a north Kashmir hamlet to interact with residents whose ancestors migrated to the Kashmir Valley over 150 years back from Afghanistan. 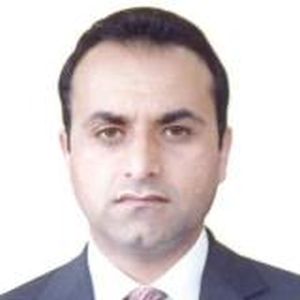 The ambassador drove to north Kashmir Gotlibagh village in Ganderbal district, 30 km from here, to meet members of the Pakhtoon community.

Gotlibagh has the largest population of Pashtu-speaking Afghan diaspora in Jammu and Kashmir.

“He came to pay tributes to Ghulam Hyder Khan, chairman of the Pakhtoon Jirga who passed away last year. His Excellency Shaida Muhammad Abdali wanted to come here last year, but his pressing engagements kept him away,” said Sonaullah Khan, a well-known Pashtu broadcaster, scholar and community leader who lives in Gotlibagh.

Sonaullah hosted a lunch for the Afghan ambassador, where Kashmiri dishes, in addition to some Afghan delicacies, were served.

Mian Altaf, who is the sitting legislator from Kangan assembly constituency, took the ambassador around, showing him some of the eco-friendly developments in the area like the newly laid eco-parks and massive plantation drives to regenerate the local forest cover.

Speaking of the ambassador, Sonaullah told: “He is a descendant of Ahmad Shah Abdali, the 18th-century Afghan emperor and founder of the Durrani dynasty. He was the chief negotiator of President Hamid Karzai during the exit treaty talks between the US and Afghanistan.”

Farah Qayoom, assistant professor of Sociology at Kashmir University, who has been researching the Gotlibagh Afghans, said: “The Afghan diaspora in Gotlibagh has been maintaining all their diasporic traits. They show marked worry and concern about developments in Afghanistan.”

“They maintain an exclusive culture and identity, even to the extent that their youth still have Pashtu ringtones on their mobile phones. Many local Pakhtoons, during today’s informal meeting, asked the ambassador about the prospects of an early, permanent peace returning to the country of their ancestors”.

The ambassador is scheduled to attend the valedictory function of a seminar on regional planning in Kashmir University today.