Shimla: With a motive to give tourists another exciting way to reach the Queen of Hills, Railway Department has proposed to introduce two new Summer Special Trains on Kalka-Shimla route.

The decision to run two special trains has been taken keeping in mind the growing number of tourists that trip to Shimla during summers. 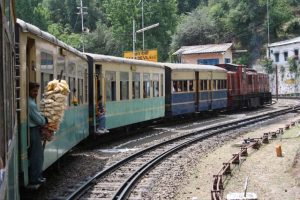 Railway Administration has informed that they are hopeful of getting permission to run the special trains today (May 2).

If permitted, the first train from Kalka will start at 6:30 am on Saturday May 4, while the second train has been scheduled to start at 12.45 pm on Friday May 10.

The Summer Special Trains have been proposed to run until July 15 (when the tourist season in Shimla official ends). With addition of the two new trains, the total number of trains running on the Kalka-Shimla route will increase to seven.

Time schedule for the special trains

The first special Himalayan Queen train will start at 6:30 am from Kalka and will reach Shimla at about 12:00 noon.

The second Himalayan Queen train will start at 12.45 pm from Kalka and will arrive in Shimla at about 7:30 pm.

Fair for all the three category compartments in the train is yet to be finalized, though facilities for advance booking and at the counter bookings will be available for both the trains.

Toy trains running on the Kalka-Shimla track (a World Heritage Site) on a fascinating journey through 103 tunnels and picturesque valleys and hills have been a great attraction for domestic and foreign tourists alike.

The special trains can also be a respite for tourists from the growing crunch of parking space in Shimla.