“Could we, the sons of India, ever be able to see Indian images on screen?,” wondered Dhundiraj Govind Phalke as he saw a French film, “The Life of Christ”. Gripped by nationalistic fervour, Phalke, better known as Dada Saheb Phalke, went on to make in his own words the country’s first “swadeshi” (indigenous) feature-length film, “Raja Harishchandra”, which was released in May 3, 1913. 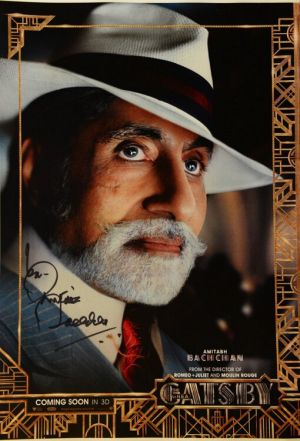 A century later, Indians not only make the highest number of films that are seen and adored beyond the subcontinent and the diaspora, but also appeal to people from diverse social and cultural worlds. Indian cinema is an essential element of the country’s soft power, a significant resource for its public diplomacy.

As the most prodigious in the world, the Indian film industry produces some 1,200 feature films annually, more than double the number produced by Hollywood. “We make such a number of films that it’s impossible to keep all,” says India’s most respected archivist P. K. Nair.

The spread of the industry’s oeuvre is amazing. The films are shown in some 100 overseas markets, catalyzing the growth of trans-national creative networks, collaborations. Big studios Columbia, Disney and 20th Century Fox are now striking co-production deals with Indian companies.

“I would like to conduct an experiment one day where I take a movie made in America and remake it in India. I would remake the same story with an Indian director and Indian screenwriter to do the necessary adaptations, and an entire Indian cast. That would be something I would be very interested in doing,” Steven Spielberg said in a television interview when he came to Mumbai in March for the release of his film “Lincoln” that was backed by Anil Ambani-promoted Reliance Entertainment.

Indian cinema is also the most diverse, contrary to the general tendency in the West and elsewhere to club all films under the generic “Bollywood”. Made in several regional languages, they have their own film-making styles, star systems and tell stories rooted in specific cultural matrix. In fact, it was regional cinema which first drew the cognoscenti, the discerning international viewers attention, producing some of the masterpieces of world cinema like Satyajit Ray’s Apu Triology.

Shama Zaidi, eminent screen writer and theatre person, hit the bull’s eye in a recent interview when she said, “How can you talk about Indian cinema where there are many regional cinemas? Of course, the one cinema that has the most national footprint is Hindi cinema but it was started by people who came from all over the country…”

Cinema is an urban, industrial medium. The movie industry developed in colonial India in commercial port cities of Calcutta (Kolkata), Bombay (Mumbai) and Chennai (Madras). And with the coming of sound in 1931, a unique style of film-making evolved, borrowing from local theatre traditions. The sheer size of the Indian market also helped.

And it is Hindi films churned out by the Mumbai film world that have helped Indian cinema a global commodity. Once derided as “candy floss”, or “Indian masalas” for the spectacular mixture of music and dance, fantasy, high emotions and family values in mostly morality tales, the so-called formula films have over the decades have been remarkably resilient and doing exceedingly well commercially at a time when many local film industries in the world have virtually collapsed under the Hollywood hegemony.

Jean-Michel Frodon, film historian and editorial director of the iconic French film magazine, Cahiers du Cinema, sees Indian cinema as one of the most important phenomenon in contemporary cinema. “Indian cinema is finding its way to live with the rest of the world without being destroyed by the world,” says he.

According to consultancy KPMG, the industry is expected to grow from $2 to $3.6 billion in the next five years.

“We always knew and believed in our films. The uniqueness of Hindi cinema has been its content…It has survived almost 100 years and is still growing (so) it must be doing something right,” Bollywood superstar Amitabh Bachchan gushed to British daily The Independent recently.