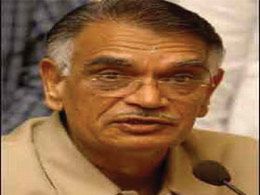 Addressing the seventh Africa Day lecture at the Centre for Research in Rural and Industrial Development (CRRID) here, Patil said India and Africa were set to explore immense possibilities in genetic technology and solar energy.

“In this age of globalisation, India and Africa have to pool in all resources and ensure proper mechanism to harness them to full potential. There is a plethora of opportunities available in the fields of genetic technology and solar energy. Punjab and Haryana can help African nations ensure food security throughout the year,” Patil said.

Punjab, India’s Green revolution state, had led from the front in the 1960s to ensure food security for India. The state, which has only 1.54 percent of the country’s geographical area, is the single biggest contributor (over 60 percent) of food grains to the national kitty.

“During my interaction with African leaders, I found trust and goodwill. There is greater scope of cooperation between India and Africa. In international relations, two kinds of forces operate: competition and cooperation. We have to put emphasis on the latter,” Patil added.

Paramjit Singh Sahai, a former ambassador to various countries, said: “There are a plethora of avenues that India and Africa could jointly explore and have fruitful results. I have an experience of over 47 years of dealing with African nations. Earlier, we had faced challenges that involved India’s contribution in the freedom struggle of various African nations and now we are facing a challenge on how we could partner in each other’s development.”

Sahai, who was posted in Zambia in 1976, is the coordinating secretary of CRRID.

The lecture, organised for the first time outside New Delhi by the Indian Council of World affairs (ICWA), was held in association with CRRID on the eve of Africa Day (May 25).

ICWA would also organise more seminars and conferences in India and in southern African nations in October.