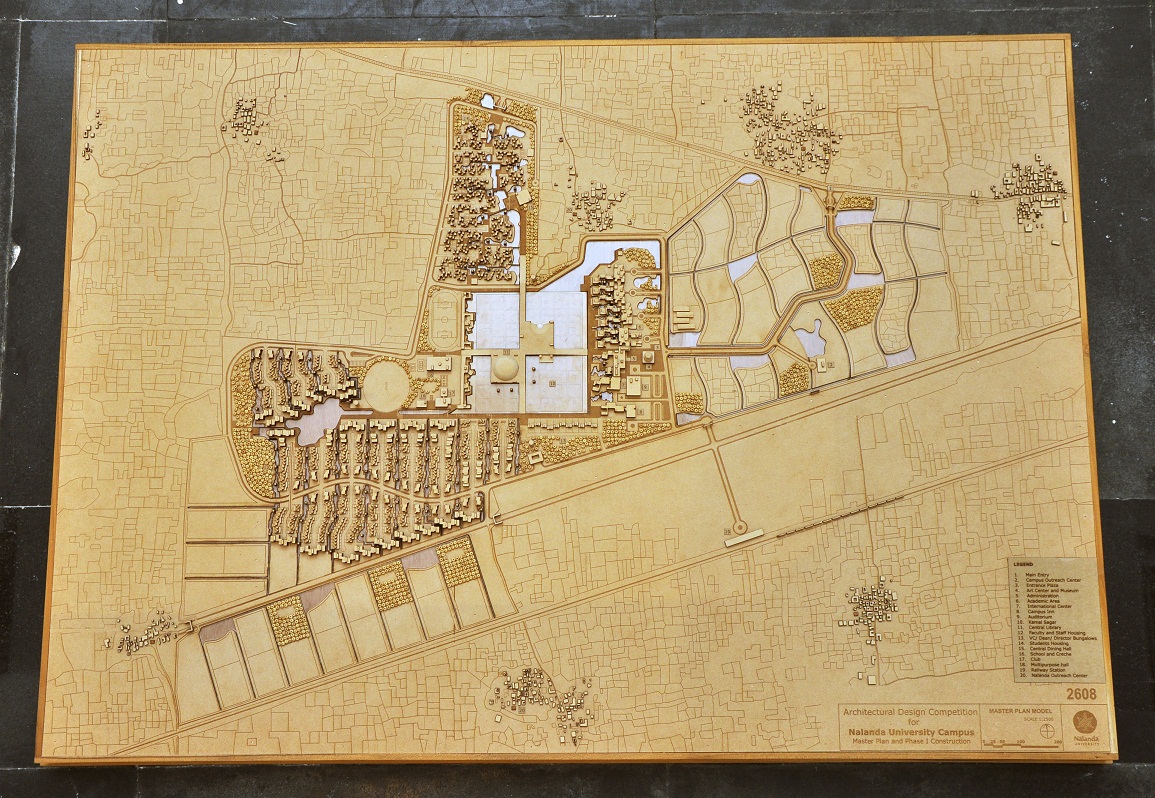 New Delhi, May 16 (IANS) In a major step towards realising the ambitious Nalanda International University, coming up in Rajgir in Bihar, an international jury has selected the architectural design of an Ahmedabad-based firm for the varsity.

The design of Ahmedabad-based company Vastu Shilpa Consultants was selected by a jury that comprised top architects from Singapore, China, Japan and India.

B.V Doshi, principal architect of the firm, said they based their design in such a way that “it would give a glimpse of what Nalanda stood for – as a centre of knowledge, a centre of understanding life and its processes”.

Rajeev Kathpalia, of the firm, said while designing the university, they kept in mind the soil, the environment and the manner in which Nalanda University was constructed.

The first phase of the varsity, an initiative of the government of India supported by the East Asia Summit, would be completed in two years, said Sabharwal.

The university, located around 100 from Patna and 12 km from the ruins of the ancient seat of learning, is to begin its academic session 2014, with masters classes in ecology, environment and historic studies, she said.

The varsity would come up at Rajgir on a 446-acre plot.

Kathpalia said the buildings would be designed on the concept of “net zero” energy consumption. The university would generate its own energy, using photo voltaics. It would also collect the bio mass of neighbouring villages to generate its own electricity and use the rainwater for its use.

The Detailed Project Report had estimated the cost to be Rs.1,560 crore.

“Nalanda university has got funding from some East Asia Summit members. The government is committed to seeing the project through, and will pitch in with funds,” an official unwilling to be named told IANS.

The university, which will have seven schools, will be fully residential, like the ancient Nalanda university. It will offer courses in science, philosophy and spiritualism along with social sciences.

The project took shape in 2006 at the initiative of then president A.P.J. Abdul Kalam.