Shimla: Tearing into the duplicity of Congress party over curtailing cement industry, opposition BJP lashed out saying that when the government had decided to allow new plants then why it did state in the Vidhan Sabha that no new cement unit would be permitted in Himachal Pradesh.

Pointing out the governments’ dual stand on cement industry, senior BJP vice-president Ram Swarup Sharma has questions what deal had been struck with Reliance Cement Pvt Ltd for permitting it to set up a cement plant in Himachal? 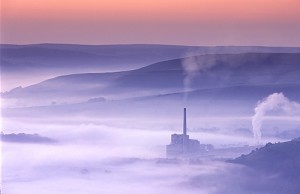 He said that the different stands taken by the Congress was only for plundering the natural wealth of the state which would play havoc with the environment.

In a communiqué released to the media Sharma says that industry minister Mukhesh Agnihotri had strongly opposed setting up any new cement plant on the floor of the Vidhan Sabha but soon after the budget session the minister and the government has done a turn around to announce permission for a 5 million ton capacity cement plant to Dhirubhai Ambani group company to be set up in Chopal region of Shimla district.

In April the government was dead against cement industry, going by the statements made in the Vidhan Sabha, but within a month the policy stands changed, he added.

Mentioning the ban on mining in force in the state Sharma said that the government needed to clarify its stance about the large scale mining that would be involved for setting up the new cement plant.