The president of the IT giant’s Interactive Entertainment Business, Don Mattrick, revealed the hi-tech Xbox One entertainment and gaming console during an event at Microsoft’s Redmond, Washington, campus. 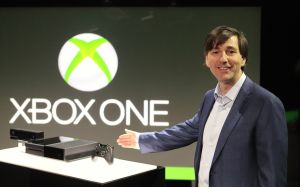 The Xbox One was presented as an all-in-one system for gaming, watching televison and movies, browsing the Internet and carrying out Skype videoconferencing. The console’s hi-tech features include voice recognition, which will allow users to navigate its menus, change channels and activate content using verbal commands.

The Kinect motion sensor, redesigned to respond better to users’ voice and gestures, will take on a bigger role with Xbox One although it will continue to be an independent device sold together with the console.

The traditional Xbox gamepad and the Xbox Live online platform also were upgraded.

Xbox One will give users the option of making Skype video calls or browsing the Internet while watching a movie.

US videogame maker Electronic Arts, meanwhile, announced a new agreement with Microsoft to develop games for the new console, including FIFA 14, Madden NFL 25, NBA Live 14 and UFC, which will be available within the next 12 months.

Microsoft Studios confirmed that Xbox One will launch 15 games specifically for the console in the year after the console hits the market later this year.