Mumbai: The Reserve Bank of India (RBI) Friday cut key policy rates by 0.25 percent, a move that will make auto, housing and other loans cheaper and help accelerate economic growth. 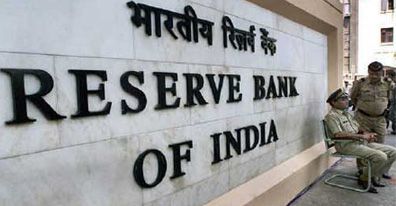 The repo rate, the rate at which the central bank lends to commercial banks, has been cut by 0.25 percent to 7.25 percent.

The reverse repo rate, the rate that RBI pays to commercial bank on their parked money , has also been lowered by 0.25 percent to 6.25 percent.

The central bank has cut the key policy rates for the third time since January. The repo and reverse repo rates are now at their lowest level since May 2011.

“The policy action undertaken in this review carries forward the measures put in place since January 2012 towards supporting growth in the face of gradual moderation of headline inflation,” the RBI said in its annual monetary policy for the financial year 2013-14.

The central bank has the cash reserve ratio unchanged at 4 percent.

“Recent monetary policy action, by itself, cannot revive growth. It needs to be supplemented by efforts towards easing the supply bottlenecks, improving governance and stepping up public investment, alongside continuing commitment to fiscal consolidation,” the central bank said.

The RBI said the biggest risk to the Indian economy would stem from the current account deficit (CAD), which last year was “historically the highest and well above the sustainable level of 2.5 per cent of GDP as estimated by the Reserve Bank”.

“Admittedly, the fiscal deficit is programmed to decline, but even factoring that in, it is still high. Large fiscal deficits can potentially spill over into the CAD and undermine its sustainability even further. A large CAD, appreciably above the sustainable level year after year, will put pressure on servicing of external liabilities,” it said.

On inflation, the central bank said: “Although headline WPI inflation has eased by March 2013 to come close to the Reserve Bank’s tolerance threshold, it is important to note that food price pressures persist and supply constraints are endemic, which could lead to a generalisation of inflation and strains on the balance of payments.”