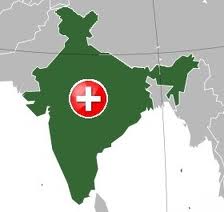 Kolkata: There are miles to go before comprehensive healthcare becomes a reality for the people of India, agreed people’s representatives, bureaucrats and economists at a panel discussion here.

“A country which has not been able to provide safe drinking to its population cannot be ready for a system of comprehensive healthcare,” Lok Sabha member Sougata Roy said at an event Saturday.

He added, however, that the achievements that have already been made in the field of healthcare should not be ignored.

“We cannot say no progress has been made. We pride ourselves that small pox has been eradicated in this country… we pride ourselves in the fact that polio immunisation has been 100 percent… these are known achievements,” Roy said.

The panel discussion at which Roy was speaking was held under the theme “Comprehensive Healthcare for All – Is India Ready For It?”

Roy said that though states like Kerala, Tamil Nadu and Himachal Pradesh have achieved the same standards as the Chinese, there remained a wide gap between “achievement and aspiration.”

“In the primary healthcare sector, there are less than 50 percent qualified doctors in West Bengal. Even today, in most places, 70 percent of the villages are served by quacks… because the nearest healthcare centre is maybe five km away, on a ‘kachcha’ road, and it is not accessible. So India is not ready,” said Roy.

He felt that renowned cardiac surgeon Devi Shetty’s approach of providing affordable healthcare in Karnataka could be followed elsewhere.

Roy also pointed out the inadequacy of the private sector in linking rural areas.

“The private sector has not ventured beyond large towns. Is the private sector only for setting up large hospitals in big cities on land given by government at a cheap rate or do they have any further responsibility in providing some service to the greatly impoverished masses?” he questioned.

“Everything has a cost. If somebody else pays for it, I am ready. The issue is who pays for what. Our government needs to improve holistically – we need arsenic-free water… food security, we have not achieved,” elaborated Tewary, highlighting matters that need to handled urgently.

Dame Ruth Carnall, CEO of National Health Service, London, stressed that there should not be an excessive reliance on hospitals, and that for her country, “doing nothing is not an option for politicians. Else, it would suffer financial and health disasters.”

On the other hand, economist Bibek Debroy of the Centre for Policy Research, New Delhi, veered to the issue of appropriate policies in mitigating healthcare matters like the dearth of public toilets in urban India.

“Whether it is private toilets or whether it is public toilets, the lack of those in urban India is because of inefficient land usage policies,” said Debroy.

The economist also emphasised the need for health insurance that straddles expenditure on drugs, tests and doctors.