Dehradun : Policemen in Uttarakhand have in the past been caught assisting anti-social elements in making a get away, in helping force possession in controversial properties and even in allowing robbers to make a get away after taking the stolen material from them.

But beat this. An ASP rank officer has been accused of rape and the victim was forced to sit on a dharna outside the police headquarters here, which eventually forced chief minister Vijay Bahuguna to tell the media that an FIR would be lodged against the officer and matter probed. 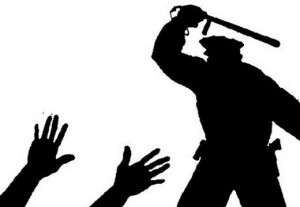 If this was not all, a very senior IPS top brass has been accused of getting forest property registered in his name and the state forest department had to go on record to state that the land is in fact forest property and in no case will it give possession of the land. Some green trees have also be felled from the said land.

Those who had advocated the bifurcation of big states into smaller states on the plea that they are easy to administer and as such the administration is good may have to think again. While the top IPS officer has now told the media that he has written to the district authorities forgoing the land, the alleged rape victim returned home only after assurance from the chief minister.

After the chief minister assured that a probe would be held against the accused ASP of Haldwani on the allegations of rape a by a girl from the same city and directed that a complaint of the victim be registered, did she decide to return, albeit on being told that she would be given police protection as she apprehends that the police officer could resort to coercive measures to withdraw her complaint.

In the other case the top brass police officer, after coming under the scanner for allegedly getting over nine bighas of land which is forest property, registered in his name on the plea that he had bought it for over Rs one crore has decided to ask the authorities to cancel the registry done in his name.

He told scribes that when he was buying the property in Birgirwali area, he had probed into the ownership of the property and even put up a query under RTI. But neither the forest department nor the revenue department had mentioned that the land was forest property in response to the RTI query, he maintained.

Incidentally it may be pointed out that the matter came to light only after a fairly large number of green trees were felled in the land and it was found that someone has axed the trees that were on forest land. It is now being said that perhaps a fraud was committed in the sale of the land and it would be looked into.

But if a such a senior ranking officer of the IPS cadre can be conned into buying forest land, speaks about the land sharks operating in this small mountain state and how helpless the people can be. Obviously for the aam aadmi, who has been at the receiving end ever since the state was carved out over 12 years back, iot is from the frying pan into the fire.