Chandigarh: The heat wave prevailing over the plains of Punjab and Haryana remained unabated today with temperatures at most places in the two states remaining over 46 degrees. 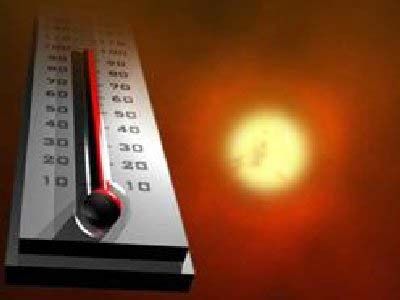 The Sikh holy city of Amritsar, which had yesterday recorded its highest ever temperature of 48 degrees, saw another hot day with the mercury touching 47.7 degrees. The temperature was nine degrees above the average, Met officials said.

Ludhiana and Patiala recorded highs of 46.3 and 46 degrees respectively. At most places in the state, the temperatures were up to eight degrees above average.

In neighbouring Haryana, Hisar had a high of 47.3 degrees, followed by Bhiwani and Narnaul at 46.2 and 46 degrees respectively.

Met officials said that there was no likelihood of any let up in the severe heat wave conditions in the next two days.