Dharamsala: At one of the most scenic cricket stadiums in the world, a team of actors from Indian film industry play members of parliament at the HPCA ground here on 20th May, Mohit Sud spokesman of HPCA stated.

The MPs team would be lead by Anurag Thakur, president Himchal Pradesh Cricket Association. The format would be the T-20 match and it would be night cricket, said Sud. 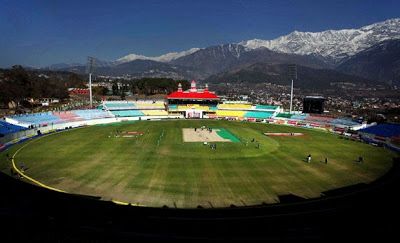 Before the cine stars and MPs match, the ground is to play host to two Indian Premier League (IPL) T-20 cricket matches scheduled for 16 and 18 May, said the HPCA spokesman.