Jammu: Jammu and Kashmir’s mountainous Doda and Kishtwar districts are getting aftershocks even a fortnight after the May 1 earthquake of 5.8 magnitude that led to one person being killed about 100 injured. 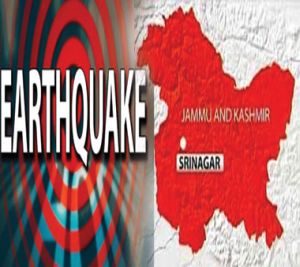 Yesterday night, people of the region once again panicked when tremors shook the area.

“Four shocks, with magnitudes of 3.8 to 4.8 on the Richter scale, rocked Doda and Kishtwar districts yesterday night,” a met department official in Srinagar said.

“Though we cannot forecast earthquakes but from experience we can say that aftershocks occur till the tectonic plates stabilise. This can take from five days to 20,” Abdul Rashid Zargar told over the phone.

According to Doda Deputy Commissioner Mubarak Singh, the region had experienced 28 aftershocks since May 1.

“This has naturally caused panic among the people here.”

The area is mountainous and many parts are inaccessible. “We are still in the process of assessing the losses. So far, we have recorded damage to 37,000 buildings, including residential, government, religious, educational and others. Of these, 600 are totally damaged and 9,000 severely damaged,” he said.

The monetary losses are still being evaluated. The administration is gradually reaching out to the effected families and is providing tents and ration to them, the official said.

Many of those injured in the May 1 quake are children as many school buildings were damaged in the shocks.

Chief Minister Omar Abdullah has said school buildings had been disproportionately damaged as compared to other structures and this needed to be looked into.

“We have to ascertain why this has happened and what is the cause is for it,” he said while directing the planning minister to engage an independent third-party.