Shimla: Youth Enlightening the Society (YES) has written to the Municipal Corporation’s Office threatening to hold agitations if it fails to take any significant steps to develop parks, grounds and community centers here.

The letter addressed to MC Shimla demands explanation from office bearers as to why they have failed to take appropriate steps to develop parks, community centers and playgrounds for citizens of the city. 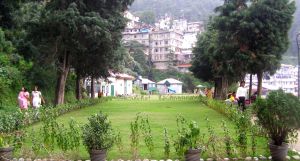 YES alleges that because of dearth of parks and grounds here, people – children and elderly in particular, are forced to play and walk on roads amid ever-increasing traffic.

YES President Aakarshan Chauhan said, “Despite our continuous reminders to the MC Shimla, authorities have made no effort in this direction.”

“Owning to  the indifferent attitude by MC Shimla, YES will otherwise begin an agitation on 12 May. The agitating crowd will comprise of youth, women and senior citizens,” he added.

YES, demanding a reply, has informed MC that they (YES) received a letter from MC in September 2012, which confirmed that funds had been allotted for development of parks. Since, over six months have lapsed but there has been no noteworthy action in that regard.

YES unable to move municipal authorities with demand for grounds and parks, in defiance held a cricket match on The Ridge in 2010.

It is also worth noting that Shimla, because of the lackluster attitude on part of the authorities, has become a concrete jungle, thus there is desperate need for parks and grounds here, for the development of the city and betterment of its citizens.