Aam Aadmi Party (AAP) leader Arvind Kejriwal was hardly in the news lately for his protest against the inflated power and water bills in Delhi. His fortnight long fast was staged against the Sheila Dixit led Delhi government, but lacked much coverage from major premier print or television channels across the country for reasons undefined, unlike in the past. However, Kejriwal was still fortunate enough to earn some reporting for his remonstration but Medha Patkar a well known social activist received complete disregard from the country’s news media. 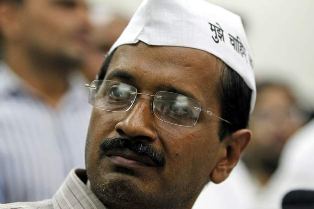 Very few are aware that Patkar was on a hunger strike to protest against the ongoing slum demolitions in Mumbai and ended the ten day long fast on 13th April, 2013.

It was only after a positive nod from Congress President Sonia Gandhi and Urban Housing Minister Ajay Maken that all ongoing slum demolitions would be stalled till investigation into the Slum Rehabilitation Authority (SRA) was fulfilled.

She vociferously demanded that the residents of one of the 46 societies in Golibar slums in the city be allowed to re-develop their own property on their own and the work should not be transferred to the private firm Shivalik Ventures (closely related to Unitech). 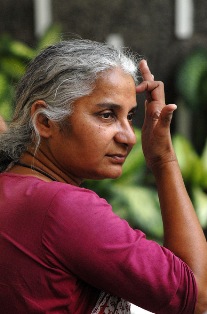 Most importantly, both the developments in the past few weeks raise some serious questions that need to be answered at the earliest.

The first time India media bravely reported an anti-establishment protest was during Jai Prakash Narayan Movement. Print media (only source of news accessibility to the public of the time) reported audaciously despite facing some serious bullying from the incumbent government.

Nevertheless, that was the last time that protests which were anti-establishment in nature received extensive space in media.

However, the second demonstration by the same social activist received dwindled coverage from digital media though print still offered him reasonable exposure but not much in contrast to the previous time.

The latest hunger strikes by Arvind Kejriwal and Medha Patkar were not visible anywhere on digital or print space, their causes only earned isolated space in a few newspapers.

Serious doubts about the near blackout of Kejriwal and Patkar protests by the media may be a result of constant but undeclared pressure from the I&B ministry headed by Manish Tiwari or something else lies underneath?

Corporates offer sizable chunk of funds in form of sponsorship and advertisements to the news channels. Therefore, upsetting them is surely an imprudent decision for the news providers of the country.

In this regard, Kejriwal was dealing with Delhi government and power distribution majors like Tata and Reliance, while Medha Patkar was busy fighting real estate majors like Unitech and the local administration.

What many believe is that impartial reporting and tackling serious issues confronting the nation are mostly overlooked today even as media barons are seen cozying upto corporate houses or lining up for political patronage, elsewhere.

It is time for the media to break out of such mindsets and report boldly the ground realties confronting the country to justly fulfill its role for spreading awareness among its citizens.