Fortnight long fast by Arvind Kejriwal, who spearheads the Aam Aadmi Party (AAP) party, against inflated power bills in Delhi failed to attract too many eyeballs but managed to raised questions about the motives.

One of them was that whether the Gandhian protest by Kejriwal was justified or whether it was a mere gimmick before the upcoming Parliamentary elections as it is electricity is one of the most volatile issues in the country and majority of the states lack adequate supply. 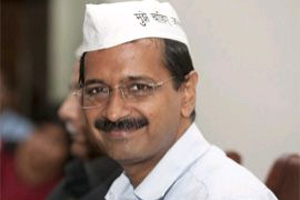 Kejriwal holds that power distributors make enormous profits but misrepresent their balance sheets in order to explain losses and retain their licenses. He maintains that DERC, though a self-regulating body, is pressurized by Delhi government to bowing to the demands of the distributor companies.

He blames the Delhi government for preventing DERC from passing a tariff order in 2010 that had recommended 23 % cutback in the tariff.

Conversely, it is here where Kejriwal loses out. The tariff order he is referring too was not signed by all the members of the DERC and doesn’t qualify to be an order by any means.

Even the honorable High Court of Delhi had struck down the tariff order in it judgment to a public interest litigation by one Nand Lal Garg.

Almost 70% of the electricity supplied to Delhi is generated from coal and the generation plants in India are already facing coal shortage. The costs have been revised in Indonesia considerably.

Significant amount of power is procured from central and state government owned NTPC, NHPC and Delhi’s based generation companies which are purchasing coal at higher rates. Therefore, power generation has become much costlier and power discoms have to shell out more money presently than ever before.

Additionally, tariffs of the generating units are determined by self-directed regulators and any increase in power price would reflect in distribution cost too.

The slum dwellers in particular seldom pay bills on time and on receiving inflated bills (due to cumulative effect) default and create such issues.

Nevertheless, it is also a reality that some of the complainants received overblown bills despite being regular payees due to the slip-ups in billing mechanism of one of the discoms in some areas in Delhi. Therefore, the service provider should also be penalized and not protected at any cost but discouraging people from paying bills is totally appalling.

Undoubtedly, the state of power supply has improved manifold (unlike the days when power distribution was a state subject) and the credit goes to power discoms.

Therefore, Arvind Kejriwal along with BJP should not sensationalize the whole issue without understanding the ground realities.

Interestingly, it was the same Arvind Kejriwal who in an interview to one of the media houses had stated “the government is too insensitive towards fasts and would not mind much even if you die protesting. Therefore, we entered politics to effect the changes from within.”

Inexplicably, what urged him to fast again when he had fittingly realized the indifference of government towards fasting protesters?