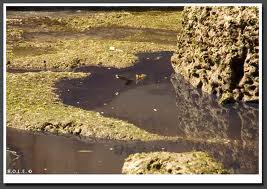 Hospital and police officials said that residents of Prem Nagar here complained of drowsiness and fell unconscious after drinking tap water Thursday. Some of them began vomitting.

Six people died within hours of treatment while about 500 were still being treated.

“In some places the water and sewer pipelines are broken and the water from them has got mixed,” said Ghaziabad District Magistrate S.B.S. Ranga Rao.

“Not only Loni, entire Ghaziabad is sitting on a death-bed. Hard metals from industrial units have contaminated the entire water table, rendering ground water unfit for domestic use,” said Akash Vashishtha, an anti-pollution activist of Hindustan Environment Action Group.