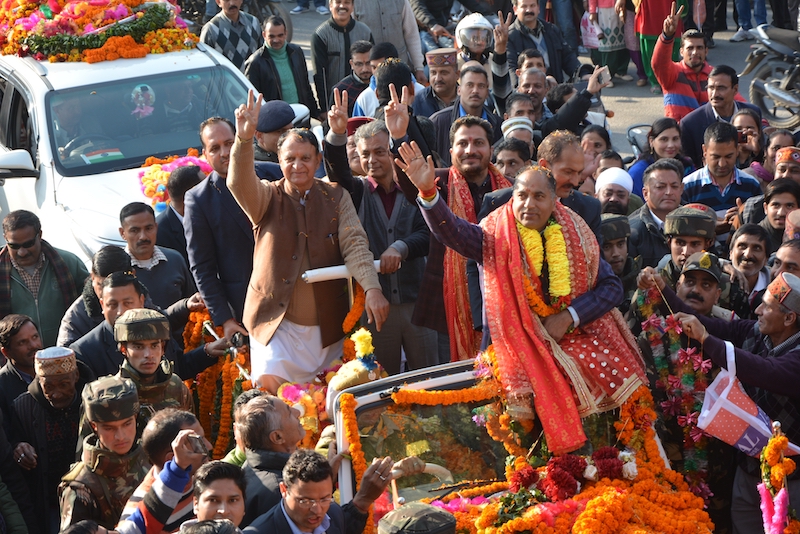 Chief Minister Jai Ram Thakur today came first time in Mandi District tour after getting this top chair of state government. Convoy of CM entered in Mandi district on 11 AM at Slapper Village and here warmth welcome gave by his supporters. 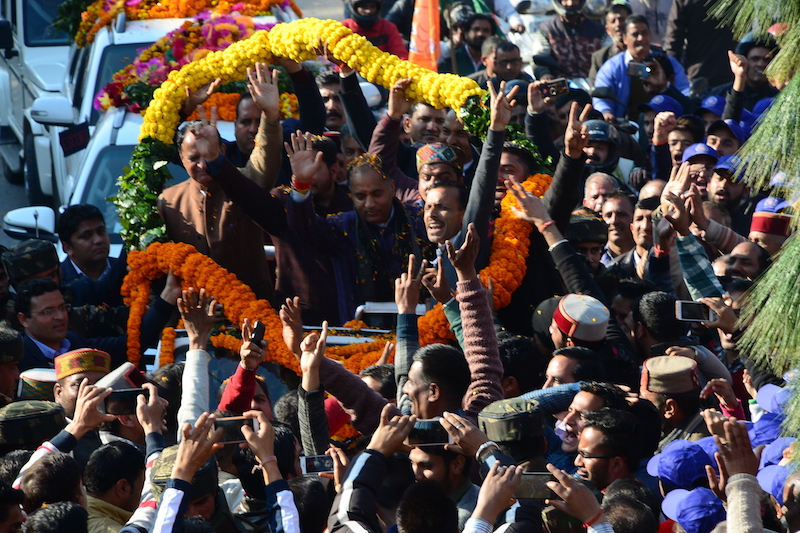 After that CM continuously welcomed by people at Kangoo, Sunder-Nagar, Kanaid, Dadaur, Nerchowk and Gutkar. Thousands of people came out to welcome jai Ram Thakur and so many Leader also remain present on this cheerful occasion along with his cabinet ministers.

Near about 4 pm CM convoy reached at Mandi District Headquarter n Pulghrat and people of town here gime him great welcome. CM start his rally to Seri-Manch in a open jeep and accept welcome of supporters. It was a merrymaking time for Mandi and people enjoyed it. Mandi district always loose in  battle of chief Minister-ship. 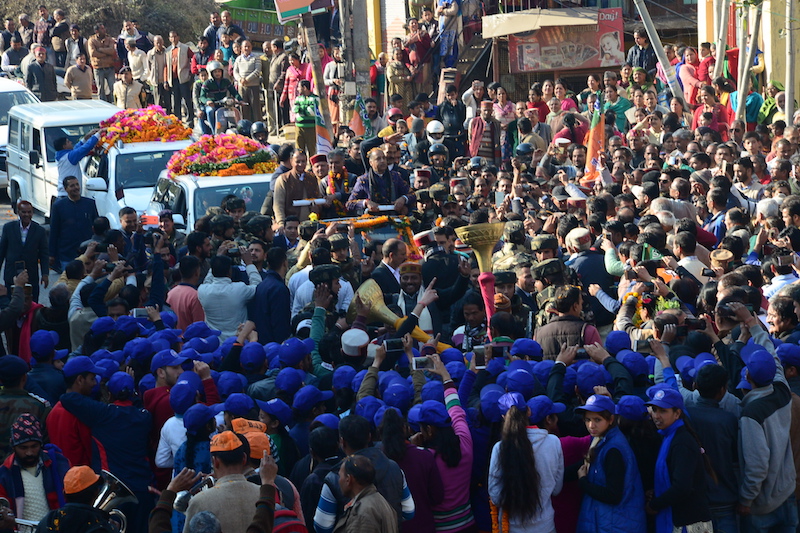 In last seven decades Karm Chand Thakur, Pandit Sukh Ram and Thakur Kaul Singh were in the race of CM but they failed to achieve their goal but this time Jai Ram Thakur who on MLA election from Seraj LA of Mandi district succeed to get the crown of CM on his head.  So Mandi District people cheers this achievement.after a great rally Chief Minister JaiRam Tahkur also address a public meating on historic Seri Manch.