It was the year 2009. After a couple of years of postponing it, in the month of march the two of us decided to ride the higher himalayas on motorbikes. Still not old enough to be meticulous planners or too cautious, we planned the whole thing by reading up blog posts and the hearsay literature which exists. We wanted to do ‘the circuit’, the treacherously beautiful road that links Shimla to Manali. After riding high and low for a week, one of the last stops was to be ‘Chandratal’ – The moon lake. Looking at that beautiful body of water on a Himachal tourism poster when I was a kid would leave me spellbound. I had no doubt that I would go someday. 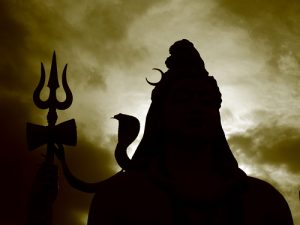 So, yes Chandratal was what I was most looking forward to, especially because we would have camped there overnight, another adrenaline rush. Though we were terribly under-prepared for a Chandratal in June, our doubts were smothered by the happy anticipation of a beautiful meadow around the lake. After shunning our motorbikes 8 km behind because of a landslide, we walked till the lake. Thin air was not helpful in anyway and by the time we reached the lake, it was dusk. Our anticipations biting dust now that we saw the Lake which was nothing like that poster. Apparently it only looks like that in late monsoon. This was June, start of summers this high in the mountains. Remnants of snow could still be seen, but not a single blade of grass visible. And, as if the disappointment of a broken dream was not enough, thunder rolled in. It snowed that June day at Chandratal after 11 years.

“Never trust the mountains”, did a wise guy not tell me this a few years ago? The snowstorm turned into a blizzard soon. I did not even attentively learn how to put up the tent we were carrying. So, with nothing but an ill-erected tent and two thin sleeping bags we were ready to fight the elements in their most pristine form. Snow started to collect on the tent roof and was almost touching our sleeping bags now. Too risky to go out and fix the tent, which I did not know how to, we cuddled in our sleepings bags waiting to be frozen dead by morning. Is this how it ends then? I thought. I might have said a hundred prayers that day, may be more. I kept chanting names of all the Gods I had ever heard of. Trying to think happy thoughts, me and my friend were infact just waiting for what seemed like an imminent end.

And, then I heard it. Someone was whistling. It could not have been my friend because both of us were shivering, our teeth rattling. There was someone outside the tent. Someone who was not just there, but also not scared of the blizzard like we were. The guy was happily whistling. We obviously hadn’t noticed that there was another tent a little removed from ours. This was not just any ordinary tent. It was a ‘dhaba’. Yes, a makeshift dhaba that is set up here every year from June-September. It was set up the very same day, two days earlier than it usually is. We were extremely lucky. The guys were generous, four of them. They helped us with large mugs of tea and maggi. Also offered any number of blankets and one of them even fixed out tent. They were drinking in their tent and asked us to join them after we finish tea. Not a drinker myself, I still thought it would be too arrogant and ungrateful to just pay up and go to my tent with the blankets. They after all had saved our lives. So we stayed there for chit chat.Old monk was being served with hot water (??) and all the four dhaba guys were a little under its influence. After talking about our adventures during the trip the conversation gradually turned towards the legends of the mountain. They told me “No one dies here, till the time Shiva rules these lands, he protects everyone”. “He is the ruler of these lands, nothing else works here”.

I don’t know if it was my age at that time or the fact that I was glad we were still alive, that I did not take anything too seriously. They all sounded like most faithfuls in Himachal. But, then they were not talking about general stuff , “God rules the world” and that kind of thing. They were being very specific. “Shiva is the ruler of these mountains”. So I started to pay attention. All four of them were from the Gaddi tribe. They told us stories about another group of trekkers, trapped in the blizzard for days and saved by a mysterious shepherd, who guided them to safety before vanishing. He did not even tell them his name. They told us the legend of the Chandratal lake, where some mysterious supposedly divine beings come and bathe. There is a Shivling established on a platform by the Gaddis on the banks of Chandratal, we hadn’t noticed even that. They told us how ‘diyas’ and offerings mysteriously appear around the Shivling here in the month of ‘Sharavan’, the month of Lord Shiva. It was a little scary given that the only people who come to Chandratal are the trekkers. After spending a couple of hours in their tent, we came back to ours now convinced that we indeed were safe in Shiva’s land.

After paying our respect at the snow covered Shivling in the morning we resumed our journey. But, not without my mind totally engrossed in Shiva and his importance in the mountains. So, I thought of researching it more. I was convinced, Shiva was not being referred to as God, like Vishnu is. The guys at the Dhaba were talking about someone who exists and helps people, a sort of demigod in flesh and bone. I thought of reading up on that aspect of Shiva. Almost all the literature I found talked about Shiva the God, from the Puranas. I wanted to get more local stories, so I decided to speak to people instead. And, in the course of this pursuit it dawned on me that at least in the hills we don’t have to look further. The Himalayas and its communities are full of Shiva symbolism, it is everywhere. As a Devbhoomi we have deities local to almost all big and small towns, even villages. One story goes that all these local deities were infact the very same ‘bhoot-pret’ who used to follow Shiva. They were all granted a ‘pargana’ each in the Himalayas by Shiva to take care. Over time when all these originally evil spirits started doing acts of public good and helping people with all their mystical powers, people started worshiping them and treating them as ‘devtas’. This story also drives home the point which explains why all these devtas are infact ‘tamsik’ powers and not ‘satvik’. Sacrificing lambs and cattle is still very prevalent. So, yes Shiva has an imprint almost everywhere.

Gaddis in particular are a very prominent example of this. A huge number of their customs and traditions link to Shiva. As an ancient tribe they follow the pagan principles of worshiping the elements, mountains in their case. Their ancient customs are very conscious of the mountains and its ecosystem. And, according to them the only one who rules the object of their devotion is ‘Shiva’. The high mountains of Bharmour from where the gaddis come are home to one of the most sacred Shiva sites in this part of the world, ‘the Manimahesh Kailash’. The imposing steep and still unconquered peak is part of a number of legends explaining why it has not been conquered yet, whereas much higher ones like the Everest have been. Or, how during the ‘jatra’ in September on the designated day there is a sudden inflow of water into the lake below the peak. Also, the interesting one which says that even the peak reveals itself only to the true believer, no matter how long you wait or how many time you come here. Legend has it that Lord Shiva shows his displeasure by triggering avalanches and blizzards in the region and also of the glacier near the summit of the mountain wrapping itself around the peak just like the snake around Shiva’s neck.

And, this is not all. Anywhere you look around himachal Shiva has his imprint, from Kinner Kailash in Kinnaur – known as the winter abode of the Mahadev to Hatkoti in Jubbal region where Shiva and goddess Durga fought a pitched battle. Move a little northeast of Hatkoti and there is Shrikhand Mahadev in the high alpine peaks bordering Kullu and Shimla districts. Legend defines Shrikhand peak as the place where Shiva resurfaced during a guerrilla style battle with Bhasmasura. Kullu district too has its fair share of Shiva mythology. ‘Bijli Mahadev’ is situated on a hillock right in the heart of Kullu town. Its an unusual temple dedicated to Shiva – the lord of lightning, a 60ft staff above the temple attracts divine blessing from Shiva in the form of lightning and breaks the stone ‘shivling’ in the sanctum.

The fact is, I can’t even chronicle all the stories I discovered during those months here, they are so very many. Now a little older and more aware of the surroundings I grew up in and the various legends which define our land, I realised that we himachalis are infact the living breathing examples of Shiva’s stories. All our customs, our culture, our idiosyncrasies, our festivals, our language and our dress reflect that. Mahadev is not just another name for Shiva for us. For us he truly is the ruler, whose might is beyond any measure we know. All of us, like that friendly dhaba wala at Chandratal live in the quiet confidence that we are being protected by the Mahadev, our Mahadev. That we are his people, we are his tribe.