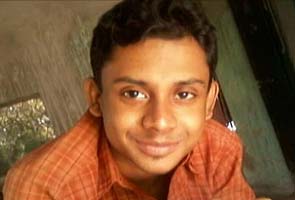 Kolkata:  Stirring a fresh controversy, West Bengal Chief Minister Mamata Banerjee Thursday dubbed the death of a student activist in Kolkata as a “small” and “petty” matter, while sticking to her stand that it was an “accident” and not “due to police atrocity”.

“Why, for what purpose, for what cause,” she shot back when reporters asked her in Bangalore about the protests over the death of Students Federation of India (SFI) leader Sudipto Gupta, 24, in Kolkata police custody Tuesday.

Mamata was in the southern metropolis to meet ailing legendary singer Manna Dey at his residence.

She told reporters that the post-mortem would show that it was “an accident”.

The death “is unfortunate. It is an accident. It is not police atrocity”, Banerjee said.

“It is a small and petty matter,” she said about the incident, when asked about West Bengal’s main opposition Left Front’s demand for a judicial probe.

Gupta, an activist of Communist Party of India-Marxist’s (CPI-M) affiliated SFI, died in police custody Tuesday after he took part in an agitation.

Left activists said Gupta was “mercilessly beaten” while he and other students who had staged a protest seeking elections in colleges, were being taken in a bus to the Presidency Correctional Home.

In sharp contrast to the chief minister’s conclusive remarks on the case, Governor M.K. Narayanan refused to comment in Kolkata on the incident till the probe was over and advised the media not to fuel “unnecessary speculation”.

Joint Commissioner of city police (headquarters) Javed Shamim said the probe was still on but the preliminary post-mortem findings indicate that Gupta’s body and head hit a “blunt, stationary” object before falling on a rough surface and that there were no injury marks from “laathi (baton) or rod or glass”.

He appealed to the media to desist from coming to a conclusion on the incident till the probe was complete.

Soon after the incident occurred Tuesday, Shamim had said Gupta died after his head hit a lamp post.

The CPI-M flayed Banerjee for terming the incident as a “petty and small matter”.

“Now she is calling this incident small and petty. The police is asking the media not to jump into any conclusion, but the chief minister has already done so,” said leader of the opposition and CPI-M politburo member Surjya Kanta Mishra.

In continuing protests over Gupta’s death, students largely stayed away from schools and colleges while traffic came to a virtual standstill in many cities of West Bengal.

Classes in educational institutions were hit across the state following a strike called by the SFI, the students wing of the CPI-M, and other Left student organisations.

Commuters had a difficult time due to the protests during the day and there were long traffic snarls on major roads, particularly in Kolkata, following blockades put up between 11 a.m. and 11.15 a.m. by slogan shouting student activists.