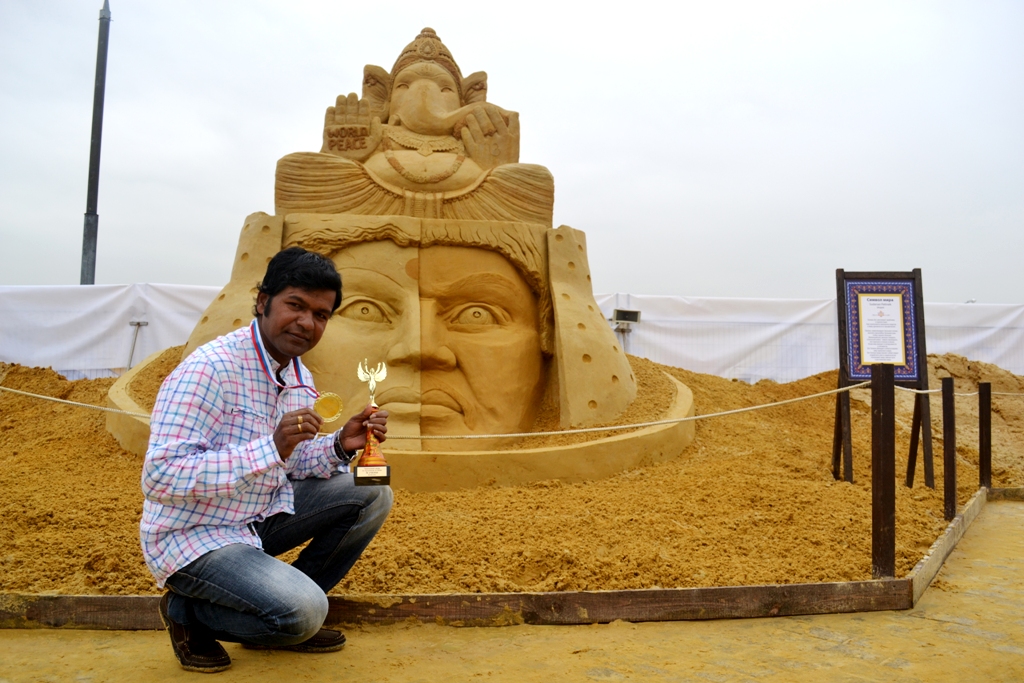 New Delhi, April 29 (IANS) India’s noted sand artist Sudarsan Pattnaik has won the “Moscow choice prize” in Russia with a 12 feet creation of the Hindu elephant god Ganesha, who he says is a symbol of world peace.

“Nowadays, violence has increased in every part of the globe so I created Lord Ganesha for world peace,” the Odisha artist told IANS from Moscow. 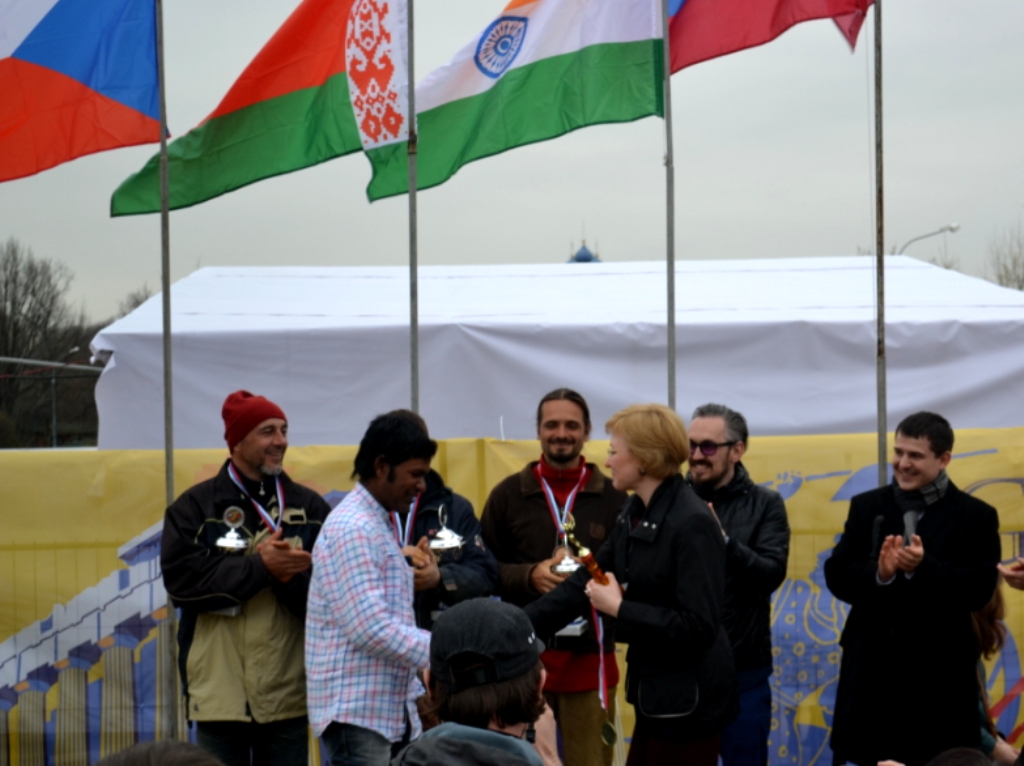 Pattnaik, 36, was the solo participant from India at the competition represented by 10 countries.

Ganesha has always brought him luck, the Puri-born artist said, adding that the cherubic elephant headed deity was “very popular god in Moscow”.

“I have created Ganesh sculpture many a times in different themes and I have won many prizes around the world,” he said.

“The government of India is not lending adequate support to sand art. Now that I have won the prize I do hope that government will do something for this art.”

Pattnaik has won many international prizes, including the world championship title.