Srinagar:  An alleged spurious drug racket in government hospitals here is widely perceived to be not merely a health or medical issue but also a deeply political one.

Members of the local doctors’ association, traders, travel agents and civil society have been demanding action against those involved in supplying a spurious life-saving drug to hospitals. 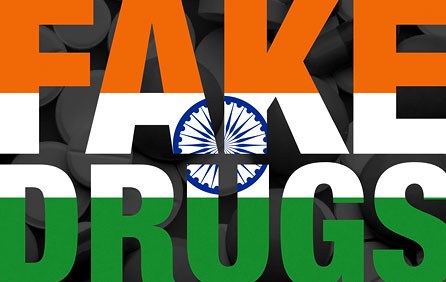 “We want members of the purchase committee that approved the drug sacked. We also demand a judicial probe into the racket so that the truth is brought before the public,” Shakeel Qalandar, a well known civil society activist and businessman said.

The life-saving antibiotic – amoxycillin with clavulanic acid – manufactured under the brand name Maximine 625, was approved by a three-member purchase committee set up by the state health department in 2010.

The drug is used in the treatment of bacterial infections like those affecting the urinary tract and the respiratory tract, as also the skin, soft tissue and dental infections.

After the purchase committee approved the drug, stores in government-run hospitals have been selling it to patients.

It now emerges that the drug control department had been informing the authorities that the product had tested sub-standard.

“The information was submitted to the higher authorities from time to time since 2010, but no action was taken,” said an official of the drug control department, who requested anonymity.

The Kashmir Monitor daily on Thursday carried a banner report claiming to possess documents that prove that the racket in government-run hospitals had been going on since 2010.

Two senior Congress ministers, whose strained relations are no secret, are again in the news – this time for the spurious drug racket.

Sham Lal Sharma of the Congress, who handled the health portfolio when the spurious drug racket is believed to have started, now holds the public health engineering (PHE) portfolio previously handled by Chowdhary Taj Mohiuddin.

While Sharma’s supporters blame Mohiuddin for bungling in the PHE portfolio, the latter’s supporters now blame Sharma for the drug racket.

Meanwhile, relations between the two ruling partners, the National Conference (NC) and the Congress, have already run into rough weather. This is because the NC leadership is engaged in posturing over local issues while this does not suit the centrist agenda of the Congress.

The fact of two senior Congress ministers being at loggerheads is bound to come in handy for both the NC and the opposition People’s Democratic Party (PDP), as poll alliances seem to be a remote possibility when assembly elections are held in 2014.

Although the PDP has called the war of attrition between the two Congress ministers a “drama”, senior separatist leader Syed Ali Geelani has demanded that an FIR be lodged against those involved in the alleged racket.

Meanwhile, the people of the state hope politics will not completely overpower the potency of drugs they are sold.