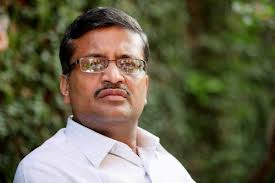 Khemka, presently managing director of the Haryana Seeds Development Corporation (HSDC), will now be posted as the secretary of Haryana Archives, which is responsible for preserving public and private records in the state.

Khemka has been transferred almost 45 times in his two-decade-long career as an Indian Administrative Service (IAS) officer.

He had hit national headlines October last year when he controversially cancelled a mutation of a multi-crore-rupee land deal between Vadra’s company, Sky Light Hospitality, and realty giant DLF.

The officer had even ordered a probe into all land deals done by Vadra and his companies in Haryana’s Gurgaon, Faridabad, Mewat and Palwal districts since 2005.

After Khemka’s action Oct 8, the Hooda government went into overdrive to undo it. Within days, the district authorities of four districts in the national capital region (NCR) gave a “clean chit” to the land deals done by Vadra and his companies.

The Hooda government set up a committee of top bureaucrats to look into the action taken by Khemka. In its report, the committee held that Khemka’s actions as director-general of land consolidation were not in accordance with laid down procedures.

Khemka, however, questioned the rationale of the committee in submitting its report without even seeking his views on the action taken in the land deals.

An unfazed Khemka also claimed that action taken by him as director general of consolidation could only be reviewed by the high court and the state government did not have the jurisdiction to undo it.

Khemka was removed from his post Oct 11 by the Hooda government which sought to project it as a routine transfer.

Vadra and his companies had made land purchases of nearly 170 acres in Gurgaon, Palwal, Mewat and Faridabad districts since 2005.