Shimla: Facing the heat of global competition in the fruit market, apple growers would not be able to get more protection as the union minister of commerce and industry Anand Sharma let parliament know that there was no scope for further increase in tariff rates beyond 50 %, which was in force.

Responding to a question by Virender Kashyap whether the domestic apple was facing any competition from the imported apples and whether the Government proposed to increase the import duty on apples, Sharma in a written reply, two days ago, let the Lok Sabha know the present import tariff of 50 % was the bound rate of duty agreed in General Agreement on Tariffs and Trade (GATT) / World Trade Organization (WTO). 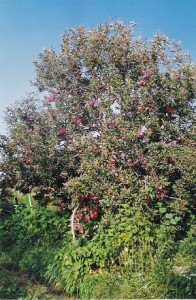 There was no scope for future increase in tariff rates, the minister stated.

In response to a question about remedial steps being taken to protect the interest of domestic apple producers, Kashyap, the MP from Shimla said that the commerce ministry reply was, since the quantity of domestic apple production had gone up from 17.77 lakh tons during 2009-10 to 22.11 lakh tons in 2011-12, hence there was no reason that apple industry was facing any adverse competition from imported apples.

Details of imported sort by the parliamentarian showed up that in two years (from April 11 to Feb 13) 174494 tons of apples worth Rs 997.50 Crore were imported into the country.

Apples happen to be the mainstay crop in much of the higher hilly regions and the fruit growers including legislators in the state assembly have been pitching for higher tariffs on imported fruit to secure price protection in the domestic market.