Aishwarya and Abhishek tied the knot April 20, 2007 as per Hindu rituals at a ceremony at Bachchans’ Juhu residence Prateeksha. It was a lavish affair, and attracted media attention from all quarters. 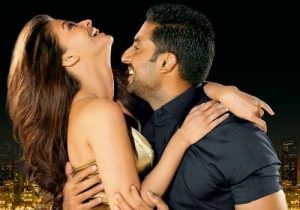 The couple was blessed with a baby girl November 16, 2011. She was named Aaradhya. Recently, both Abhishek and Aishwarya took the stage individually to perform at the Times of India Film Awards (TOIFA) in Vancouver.

Time to wake up: Shilpa Shetty on rape case

Bollywood actress Shilpa Shetty has condemned the rape of a five-year-old girl, now battling for life in a New Delhi hospital after being repeatedly raped for two days. She says offenders must face strict punishment for such acts.

The girl was abducted April 15 and was held hostage in east Delhi’s Gandhi Nagar for over two days, according to police.

“When will this apathy end? Time to wake up. Strict punitive action must be taken against these offenders at the earliest. Heartbreaking,” the 40-year-old tweeted.

“Appalled with the 5-year-old’s rape story and disgusted with the Delhi cop who slapped that girl who protested! What is our country coming to,” she added.

Very proud to be part of ‘Dedh Ishqiya’: Arshad Warsi

Actor Arshad Warsi considers himself very lucky to be a part of the movie “Dedh Ishqiya”.

“Back on the sets of ‘Dedh Ishqiya’ tomorrow, so very proud to be a part of this film,” Arshad tweeted Friday.

On Saturday morning, he gave his fans an update on his schedule.

If 2010 film “Ishqiya”, a dark comedy directed by Abhishek Chaubhey and produced by Vishal Bhardwaj, was set in a small town in Uttar Pradesh and portrayed Vidya Balan in never seen before avatar, “Dedh Ishqiya” too has the rustic feel of the state.

Made by the Chaubhey-Bhardwaj team, the film also stars Madhuri Dixit and Huma Qureshi.