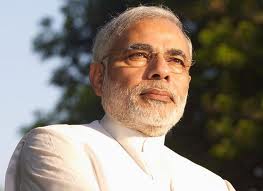 Ahmedabad: A delegation from the US, including members of the House of Representatives and business leaders, Thursday met Gujarat Chief Minister Narendra Modi and lauded the economic development in the state under his watch.

The meeting assumes significance as the US has been denying Modi a visa for his alleged role in the 2002 Gujarat riots.

Only recently, an invitation to speak at the Wharton India Economic Forum in the US was withdrawn when students and faculty of the University of Pennsylvania protested Modi’s inclusion in the event.

The Bharatiya Janata Party (BJP) has maintained that Modi has never sought a visa, in the first place.

US businesses, however, have warmed to Modi in recent times.

Aaron Schock, a Republican representing Illinois in the House of Representatives, is leading the delegation.

“I spoke to the US delegation about how Gujarat has adopted a faster, inclusive and environment-friendly process of development,” Narendra Modi said in a comment on Twitter.

“Am thankful to the members of US Congress and business persons for their kind words on Gujarat’s development,” he said.

Modi has emerged as a possible prime ministerial candidate of the BJP for the 2014 general elections.

Talking to the media later, BJP leader Vijay Jolly said the delegates invited Modi to the US, and he has accepted the invitation.

Asked whether Modi would get a visa from the US, Schock said he would raise the issue with the US administration.

“It is a conversation we will have with our administration,” Schock said.

“We appreciate Mr. Modi’s work. We are a democracy and respect other democracies. He has won (sic) for the fourth time, this is a great success,” Schock said.

Modi succeeded Keshubhai Patel as chief minister in 2001, and has since won three terms in office through popular ballot.

According to an official statement from the Gujarat government, Schock said: “There is enormous potential to work together with Gujarat.”

Schock, after Modi’s fourth consecutive swearing in as Gujarat’s chief minister, had also called to congratulate him.

The delegation’s visit was organised by Shalabh Kumar, Illinois-based Punjabi NRI businessman and member of the Overseas Friends of BJP.