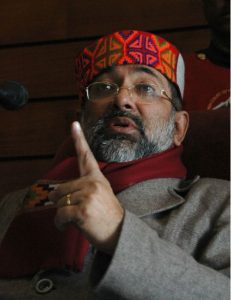 Shimla: Failure of other pillars of Indian constitution in providing good governance in the democratic society has pushed the judiciary to judicial activism,  a role not meant for it under the constitution, is how outgoing Chief Justice Kurian Joseph defending the courts increasingly pursing public interest litigations.

On being elevated to the Supreme Court, Justice Kurian Joseph was interacting with media persons here on Wednesday.

He said introduction of the green bench in the HP High Court was dire need as there were many environmental issues before the courts. The bench had delivered some landmark judgments, he said.

During his three years term at the helm of the court, he said that efforts were made to reduce pendency and it had come down to 25,000 cases and about 57,000 cases had been either decided or disposed off.

Having achieved a high disposal rate, new cases being filed in the high court was also very high and winding up of the state administrative tribunal had added another 25,000 cases to the courts pendency. Most of the cases transferred from the tribunal stood decided, he added.

About the high number of government employee cases before the court, the judge said it did reflect good governance was lacking and there needed to be an inhouse conflict resolution mechanism within the government.

Justice Joseph is scheduled to be sworn in as a judge of the Supreme Court on Friday. He assumed charge as chief justice of HP High Court on February 8, 2010.