Jammu: In a bid to conserve a precious resource, the Jammu and Kashmir government has adopted a dual policy of liberalising timber imports and enforcing measures that have brought down timber smuggling by a staggering 99 percent.

“From the year 2009 to 2013, the state imported 14.7 million cft (cubic feet) of timber from abroad and from other parts of the country and simultaneously brought down timber smuggling by 99 percent,” Forest Minister Mian Altaf Ahmad told. 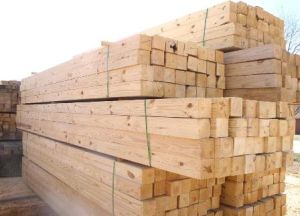 During this period, 1.2 million cft of timber grown in the state was also sold.

“The different agencies of the state forest department sell dried and fallen trees only after the ban on felling of green trees was imposed by the Supreme Court in 1996,” Ahmed said.

Jammu and Kashmir has suffered 50 percent degradation of forests due to “need and greed of human beings, coupled with increasing cattle population, prompting the government to take up afforestation and conservation projects on a massive scale,” the minister explained.

According to official statistics, Jammu and Kashmir has a geographical area of 101,387 sq km (excluding area under Pakistani and Chinese occupation) while the forest cover is 16,309 sq km, excluding the cold desert area of Ladakh, which has just 0.06 percent forest cover.

“The troubled situation in Jammu and Kashmir during the past over two decades is mainly responsible for degradation of the forests in the state and also forest land,” Ahmed said.

He said militants, along with the mafia, were involved in massive timber smuggling and encroachment of forest land.

“Timber smuggling has now come down by 99 percent and there is no fresh case of encroachment of forest land. We are working on getting earlier encroachments evacuated,” the minister said.

The state government had announced a forest policy in 2011, under which “emphasis is on conservation of forest resources for ecosystem goods and services, meeting needs of the people for forest produce, and poverty alleviation through forestry-related activities”.

With the total ban on felling green trees, “we have liberalised the import of timber. No restriction (is imposed) nor is there the need for a licence to import timber. Private companies importing timber from different parts of country or from abroad have to only get registration done at Lakhanpur (entry point to Jammu and Kashmir),” the minister said, adding that the forest department takes care of the timber’s quality control.

The forest minister, however, said there were still miles to go to ensure the proper conservation of the state’s forests.

It is a massive task that, he said, gets much more difficult because of paucity of funds and lack of staff.

“The forest department gets just Rs.45 crore in the budget; its staff shortage is in the range of nearly 40 percent,” he said.

Construction of new highways, augmenting the state’s road network and infrastructure under various schemes also result in the felling of trees and the loss of forests.

“We plant 100 trees for every 50 trees felled. Besides this, an amount has to be deposited in CAFMPA (Compensatory Afforestation Fund Management and Planning Authority) account for forest land diversion. This money comes in handy for conservation efforts,” the minister said.

The state has Rs.500 crore in the CAFMPA account, but only 10 percent of this can be used. The rest must be maintained in reserve.

“Our main focus is on protection of forest land, the import of timber for domestic and commercial use and increased tree cover in traditional forests to check soil erosion and the like. These measures will also serve to boost tourism,” the minister said.

He said the state intended to introduce schemes that would offer employment to those living close to forests.

Eco-tourism projects are also planned to be undertaken in association with local people.

None of these measures, though, can be properly assessed in the short term: That is something no one knows better than the forest minister.